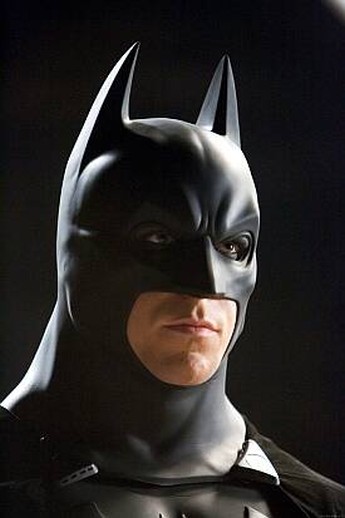 A problem, it appears, with all Batman films is the desire to turn Gotham into a character. Ever since Burton’s brooding megalopolis, the backdrop has challenged the actor behind the mask for screen time, stealing scenes with a recklessness not usually permitted in big-budget movies. In earlier entries, it was countered by making the characters – and in particular, the villains – larger than life too, with varying success. While the sets remain startling, Nolan adops a more toned-down approach, which has both strengths and drawbacks. It enhances the mythic aspects, in part because it deals with the genesis of the hero, and does a fine job there, covering all the aspects you wondered about, in a way that meshes nicely with previous versions, while clearly its own man.

However, the story has no clue what to do with Batman once he’s activated. The real villain doesn’t show up until the final reel – until that point, we get a parade of lame underlings and red herrings of doubtful interest, while the script meanders in circles, almost painfully marking time. Luckily for the movie, the supporting cast (Liam Neeson, Morgan Freeman, Rutger Hauer) is excellent, and the visual side is spectacular as ever; I want the new Batmobile. Perhaps most significantly, Bale captures the angst in a way neither Keaton, Clooney or Kilmer could do, which helps immeasurably. At the end, I found myself actually anticipating the obvious sequel, pitting Batman against the Joker. There’s life in the franchise yet.