My recommendation to you, might be to turn this off two minutes before the credits roll. Because then, you’ll be left to speculate whether or not the film answers the questions, or resolves the situations, it has carefully set up over the previous 80 minutes. Watch to the end in the expectation it will, and you’re almost certain to be disappointed. Though personally, I still felt the journey was worth the abrupt derailment, powered mostly by an excellent performance from Campbell-Hughes. 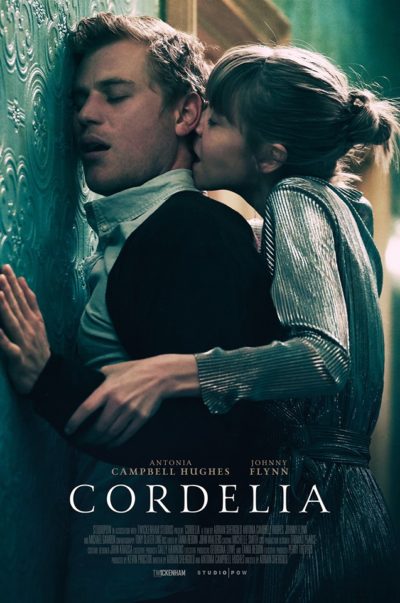 She plays – and it’s to her great credit I took a while to work this out – twin sisters Cordelia and Caroline, sharing a basement flat in London. Cordelia, an aspiring actress, is suffering from severe PTSD after a traumatic event on the Underground, and as such is mentally on the edge of collapse. Caroline is a sharp contrast, a no-nonsense, grounded personality, who is a little stressed by her mew responsibility in helping her sister handle her issues, and just wants to enjoy a weekend away with her new boyfriend, Matt (Fry). But before Caroline even leaves, Cordelia begins receiving odd phone-calls. A chance meeting with hot, cello-playing upstairs neighbour Frank (Flynn), is only a momentary detour on the downward spiral which follows her sibling’s departure, with Cordelia increasingly convinced she is stalked by an unknown assailant.

The very obvious touchstone here is Roman Polanski’s Repulsion, which also focused on a woman, living in a London apartment, who unravels after the departure of her sister. [By chance, I watched Repulsion a few weeks ago, for our upcoming October series, 31 Days of Classic Horror, so it was particularly fresh in my mind] This is likely a little more grounded, with less of the extreme signs of psychosis exhibited by Catherine Deneuve’s character. Cordelia’s destruction is very much more an internal one, falling apart after her support mechanism decides to get on with its own life. The littlest thing can set her off, yet Cordelia reacts calmly to the kind of pet parent experience that would send me over the edge. However, it’s also not all entirely in her head. Frank’s explanation for the slew of photos of the sisters is far from convincing.

Campbell-Hughes, who co-wrote the script with Shergold, is flat-out great in this, managing to be utterly awkward and damaged, without ever losing the audience’s sympathies. Shergold also does a good job of capturing the antisocial aspects of London – not least on the tube – and the way urban life dehumanizes its residents. However, where Repulsion wins out, is that it sticks the landing, wrapping up its story in a way that, while more conventional, leaves the viewer fulfilled. Cordelia doesn’t fail to do so – it’s doesn’t even bother to try, that aspect clearly not being of interest to the film-makers. If you want tidiness, you’re going to hate this, with a passion. However, if you’re willing to be flexible about that (and to be fair, mental illness is rarely “neat”), the lead performance alone will justify your time.

The film is released today, in theatres and on-demand.