I’ve been on a bit of a Dennis Nilsen kick lately, since my review of Run, where I mentioned him as having been born and brought up in Fraserburgh, Chris then found Des, the recent drama mini-series starring David Tennant as the serial killer, and before plunging into that, we watched a documentary about Nilsen. Then, I stumbled across this British movie, about a thinly-disguised version called “Jorden March” (Flag) – so thinly-disguised, in fact, the IMDb flat out calls the character Dennis Nilsen.

I should actually have seen this thirty years ago, because it was scheduled to play during Splatterfest ’90 at the Scala Cinema in London. However they had earlier screened, The Comic, directed by the producer of this, Richard Driscoll, and it got booed so badly, that Day got pulled. I did wonder if the oddly-named “Fhiona-Louise” was a Driscoll pseudonym, since she has never been involved in any other feature. But, apparently, the Blu-Ray release has a commentary by her. Still, reading Driscoll subsequently got three years in jail for VAT fraud makes me feel better about hating The Comic. 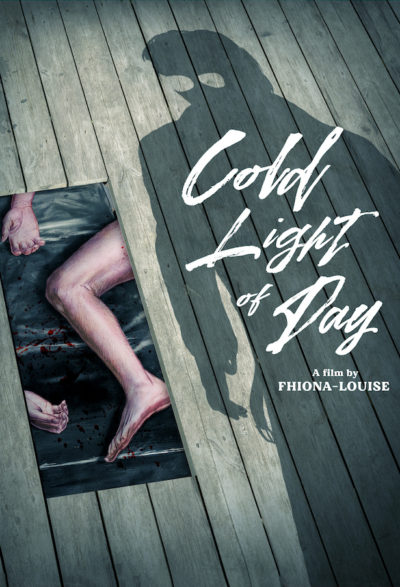 This is a grubby, low-rent take on the tale, which is not inappropriate to the material. Unlike Des, it actually shows the killer murdering some of his victims, disposing of the bodies, and even having sex with one corpse, in fairly graphic style. For instance, we see the infamous “head in the saucepan”. This version is also rather more sympathetic to the killer, who is shown helping out an elderly neighbour (Merrow), and taking care of another’s cat. Though the latter kindness does go a bit wrong, when the feline gets into the bodies he has stashed beneath the floorboards… Indeed, the victims are portrayed as being quite whiny, almost deserving their fates.

However, it never works, with the flaws outweighing positives such as Paul Stuart Davies’s ominous score. Worst is probably Greenhill’s incredibly shouty performance as investigating cop Inspector Simmons. The way he brings his suspect to tears doesn’t quite jibe with the calculating manipulator Nilsen is depicted as being in other versions. There are other liberties taken too. While it does foreground the importance of his relationship with his grandfather, there’s no hint of a Scottish accent, and it also omits the killings before he moved to the top-floor flat in Cranley Gardens (here, “Langley Gardens”!). Indeed, there’s no particular sense of escalation or development at all. The film proceeds, then… ends.

Similarly, if you’re looking for any insight into why, you’re going to come away disappointed. While you do get the sense that the killer was overcome by an urge to take lives, there’s little or no attempt to establish motivation. Flag’s performance is certainly not up to the complex task, though I’ll confess to having been distracted by his really bad wig. I’ve seen a few reviews comparing this to Henry: Portrait of a Serial Killer (another film shown at Splatterfest ’90, actually). While the tone may be somewhat similar in its grimness, this is a very pale imitation.