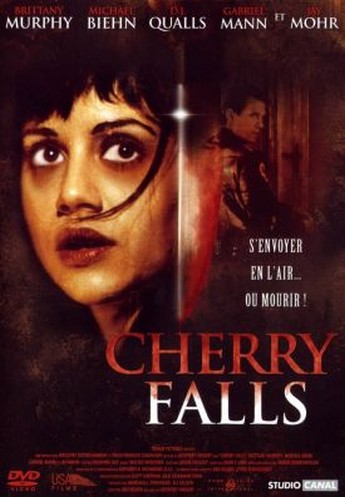 A somewhat interesting twist on the slasher movie: rather than the traditional approach, in which those who have sex are targetted by the killer, it’s those who have remained pure who ended up slaughtered, with the word “virgin” carved into their flesh. Good(ish) girl Jody (Murphy) is at the thick of things, thanks to her father (Biehn) being the local sheriff, who is trying to track down the perpetrator who is cutting up her classmates. When word gets out of what links the victims, the school decides to take matters into their own hands, and hold a massive party at which they will all cross themeselves off the list of potential targets. The local authorities are not happy about this. Meanwhile, after an encounter allows her to describe the killer, Jody discovers that her father appears to know more about the origins of the perpetrator than is strictly comfortable.

For a film that is basically promoting underage sex, it’s really remarkably prudish about nudity – even when there’s a full-blown teenage orgy going on, everyone keeps their underwear on. It’s a rather hypocritical stance that does the film a dis-service, because when it works, it is decently subversive, playing somewhere between Heathers [specifically name-checked during a post-death sharing of feelings] and Ginger Snaps, even if it never reaches the heights of either. I spotted who the killer was virtually the first time they were on screen, and I’m usually easy to fool, so it loses points there, and also for a final couple of scenes that really serve no purpose. The cast are better than the usual parade of cannon fodder: we were amused to see Mann, whom we’ve been watching playing a billionaire in Revenge, and Murphy is her usual, reliable and much-missed self. While it appears the ratings board had much to do with it, this film’s bark is several notches more impressive than its bite.