This fairly boilerplate haunted house film feels like it may have made a wrong turn from network television to somehow end up in cinemas. It would make sense, since Medak cut his teeth there, and was still working into his eighties, directing TV movie Dating Game Killer. However, let’s not do him an injustice, with Medak’s feature films including The Krays, Romeo is Bleeding and the delightfully trashy Species 2, which never gets the love it deserves. The Changeling, however, is simply too restrained for its own good, especially considering how such restraint was absent when coming up with the script. It’s supposedly based on real events experienced by writer Russell Hunter. This is me rolling my eyes.

It begins with a tragic accident, in which the wife and child of composer John Russell (Scott) are killed. Bereft, he opts to leave New York and move to Seattle, where he rents a house from Claire Norman (Van Devere), secretary of the local historical society. Russell blithely ignores the fact the house has been vacant for the past 12 years, an obvious red flag to any wannabe tenant. And, lo, it’s not long before Mysterious Events™ begin: unexplained sounds, taps that turn themselves on, windows shattering, etc. This is just the lead up to uncovering a hidden doorway to an attic. There, Russell discovers a music box that – wouldn’t you know it! – plays the very same tune he just composed!!! 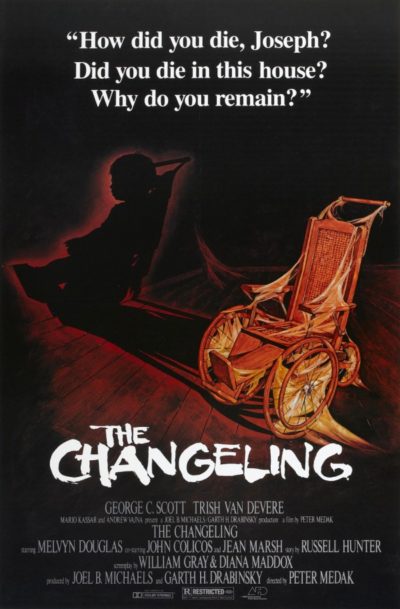 Italics and exclamations points used, in an effort to generate tension or excitement, because to be honest, the film isn’t putting much effort into this. Medak seems too busy simply trying to get through a plot that’s rather more complex than the average “built on an Indian burial ground” one you find in the haunted house genre. Turns out the spirit is a sickly young boy, killed back in 1906 by his father and replaced by a convenient orphan in order to claim an inheritance. Said orphan is now Senator Joseph Carmichael (Douglas), a powerful local figure who is none too impressed by Russell’s efforts to uncover the family’s literal skeletons. However, even he is no match for a vengeful spirit, intent on delivering payback.

Except, there’s the problem. The villain in this piece is the Senator’s long-dead father. He’s the one who committed filicide, and is the one who should be made to pay for his sins. While Carmichael may not exactly be happy to discover the truth, and certainly benefited from the exchange, he was just that convenient orphan. He’s certainly not culpable for the murder of the child whose place he took, unless you believe in that whole “sins of the father” thing. The film still tries to position the Senator as the villain, for example, sending a detective to threaten Russell. Yet I never felt any particular reason to root for his demise, much though it might not be a bad idea to make “being a politician” a capital offense.

There’s also no consistency in the powers of the ghost. Initially, it’s capable of doing little more than hitting a single key on a piano. Yet, by the end, it’s chasing Claire through the house with a wheelchair, hurling John over balconies and triggering the spontaneous combustion of the house. It’s not even confined to the property, with the detective mentioned above dying in a car wreck which, it’s strongly implied, was caused by the spirit. So why doesn’t it simply take direct action against Carmichael itself, such as making his plane crash? Instead, there’s some additional nonsense about… [/checks Wikipedia] the Senator’s astral body reliving the murder, causing Carmichael to suffer a heart attack. Yeah. Again, this is me rolling my eyes.

It doesn’t help that we are never given much reason to root for, or care about, Russell beyond that tragic accident thing. I kept expecting there to be some relevance shown, such as the ghost of his daughter helping him uncover the truth. Doesn’t happen. There’s some vague guff about his trauma opening John up to being sensitive to paranormal experiences, yet otherwise, it might as well not have taken place. Certainly, the character never seems particularly affected by the loss, or at least, sadness is demonstrated only in actions such as moving to Seattle, rather than in any element of Scott’s performance. The rest of the cast are… functional. Van Devere was, of course, Mrs. Scott, and I suspect some package deal was part of his contract. 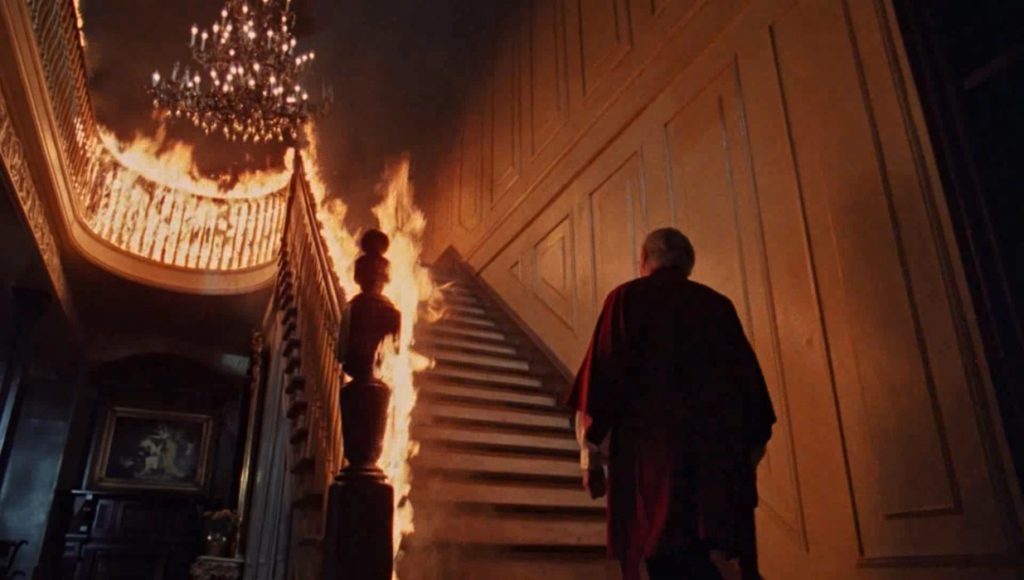 Having spent 750 words being snarkily critical of the movie, I will say it’s not bad. Just that, I was expecting considerably more from one of the highest rated horror movies of the year, trailing only The Shining by the criteria used for this feature (it actually has a higher Metascore). That said, 1980 is perhaps one of the weaker years by those standards. This is workmanlike in its competence – would you expect anything else from our second Canadian production in a row? – and has a couple of moments that do generate a mild frisson of suspense. But I’m in agreement with Roger Ebert: “I didn’t really care what happened,” and for a horror movie, that is the equivalent of taking a torpedo shot below the waterline.

I’m sure the makers were hoping for a big return, coming after The Amityville Horror had become the second-biggest hit at the North American box-office of 1979. It didn’t happen, though Changeling is now likely the better regarded of the pair. Again in Medak’s defense, he was only attached to the project late, giving him little time to prepare before shooting started. Donald Cammell and Tony Richardson both parted ways from the production over that old favorite, “creative differences,” though it’s hard to see what they might have done particularly differently. If there’s one thing I’ve learned over this series, it’s probably that I’m not much of a fan of haunted house movies. When a building tells me to get out, I get out…