The finest werewolf movie ever made. That said, it’s probably fair to say that it’s a subgenre of horror which has generated a limited number of classics. It may be simply because there have been fewer entries than, say, the vampire or zombie subgenres. However, I’d say there are likely less than a handful of truly good werewolf films. I’ll save the discussion of what others make the list for a different day. I am prepared to listen to arguments. But not in regard to American Werewolf. There are movies which break new ground at the time, yet have been surpassed by those which followed, building on the foundation laid. That’s not the case here: forty years later, it stands up impeccably, and there are few films so heavy on special effects, about which that can be said.

Its origins date back to the sixties. Landis was working as a gopher on Kelly’s Heroes over in Yugoslavia, when he came across a gypsy funeral, burying a criminal at a crossroads. It felt so anachronistic, he wondered how “rational” people would react when suddenly confronted with the reality of the supernatural. But he couldn’t get it made until he had first proven his commercial credentials, with the success of Animal House and The Blues Brothers. Even then, having established himself as a director of comedies, his desire to make a horror movie proved a tough sell. Studio execs wanted him to cast Dan Aykroyd and John Belushi in this: interesting though that would have been, I’m glad Landis won the argument. 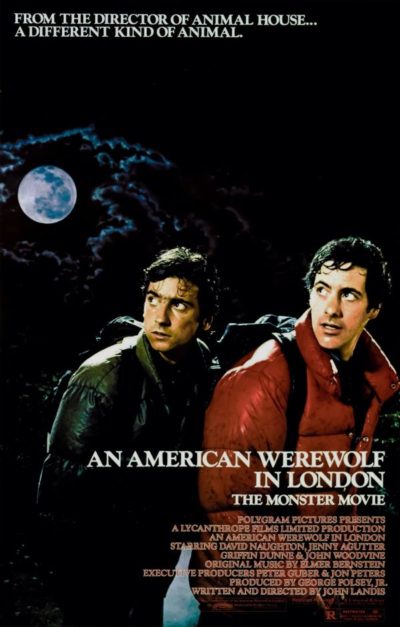 In terms of story, Werewolf feels relatively terse: it manages to hit all the spots, without getting bogged down in creating mythology. Landis’s script is smart enough to understand the audience knows what the beast is, and doesn’t need it all explained to them. At heart, it’s a simple story. American tourists David Kessler (Naughton) and Jack Goodman (Dunne) are attacked while crossing the Yorkshire moors. Jack is killed, David wounded and taken to hospital in London: I guess there are no medical facilities in Yorkshire… There, it’s a good news/bad news situation. On the plus side, he’s nursed back to health by nurse Alex Price (Agutter), who gives David the sort of treatment not typically available on the NHS, if you know what I mean, and I think you do.

However, he’s also visited by Jack – or, at least, the mangled remains thereof – who informs him what attacked them was a werewolf. Jack is now doomed to wander the earth as an unhappy spirit until the lycanthrope’s bloodline is ended. Which means David, since his injuries have left him infected; Jack informs his friend he will turn into a wolf at the full moon, and kill anyone in his path. David initially thinks he’s simply going mad. But when the full moon shows up, Jack’s prediction proves accurate. David goes on a lupine rampage, killing six people overnight across London, and waking the next morning, naked, in the wolf enclosure at London Zoo. Can the love of a good woman save the beast from himself – or, more relevantly, the armed police squad now hunting the killer?

There are any number of glorious scenes in this, which are among my favourites in the horror genre. In chronological order: 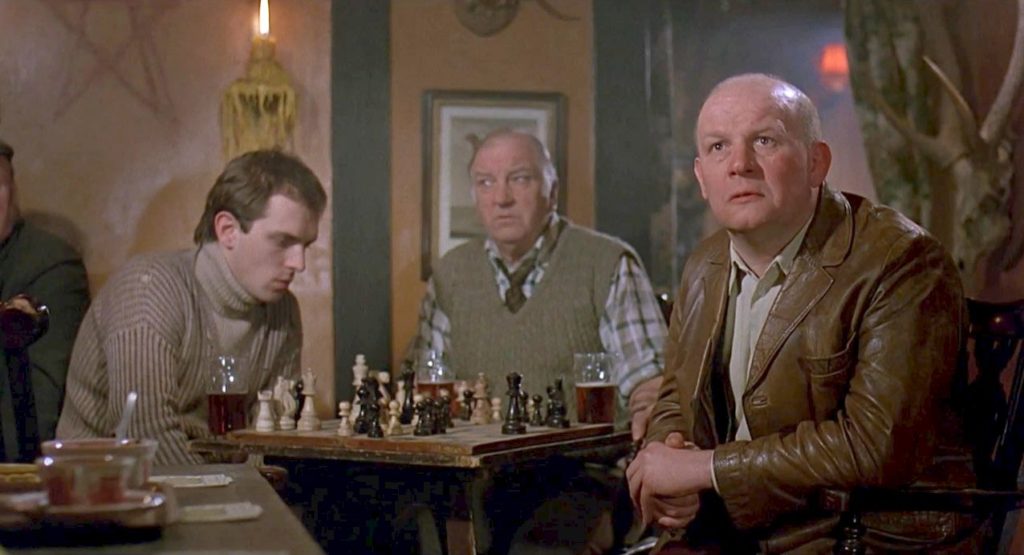 However, I have questions about the last. Firstly, TCR tube is never that empty. Secondly, how did a wolf get down onto the platform? Did it buy a One-Day Travelcard from a convenient local newsagent? Actually, the whole geography is weird. The creature goes from near Tower Bridge to Regent’s Park Zoo, a distance of several miles, across the heart of one of the busiest metropolitan areas in the world, without anyone apparently seeing it. It’s clearly a stealth werewolf.

The pace does slacken marginally in the second half, before a rousing finale at Piccadilly Circus, which is all the more amazing for having largely been shot at Piccadilly Circus. [Landis, a former stuntman, makes a cameo going through a plate-glass window] The ending feels really abrupt, though in fairness, it is hard to say where else it could have gone, or what else needs to be said. Might as well roll credits, under the circumstances. While often classed as a horror-comedy, I don’t think it quite merits such equal billing. It’s more a horror-com, or perhaps a horror-co. Despite Landis’s pedigree, it commits more fully to the darker elements, and generates chuckles rather than full-blown laughs. Yet as horror, it’s excellent – not least because you care what happens to David, especially after watching him sell the sheer agony of his transformation.