And I really don’t like plot-free hyper-kinetic actions films that eschew continuity, believability, and coherent structure.  But I flipping loved this one.

It is however hilarious.  Not intentionally nor in any plot or narrative driven manner, but if you don’t laugh then you’re really not paying attention.  Oh, and some of the cinematography will have you thinking, ‘how the flipping hell did they do that!?!’ – particularly the under and over and around the trucks chase sequence.

Context:  If you can’t enjoy a gun-fight between goody vs/ baddy whilst they are simultaneously trying catch the girl who they wish to rescue/abduct, all in free-fall, with one parachute between the three of them, whilst other bodies plummet past like flaming hail stones… well then you have no soul!

Talking of which, this is a Korean fil’um. 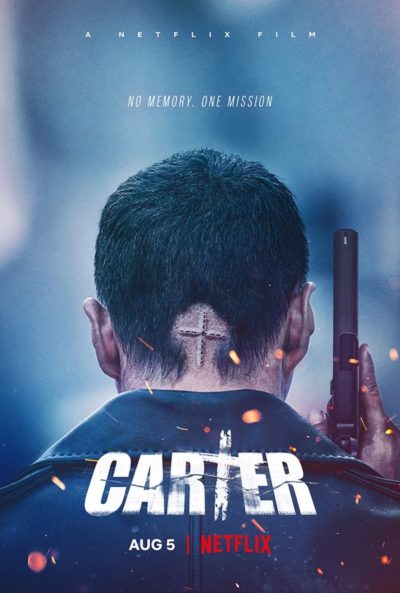 The plot?  Well, it’s utterly irrelevant.  Instead slip deep into the warm soothing bath of total paranoia where everybody is out to get you.  Enjoy the North Koreans portraying the South as agents of a plague designed to destroy the North, whilst in fact it is revolutionary factions in the North using a plague that they released to distract the North and South, so that they can conduct a coup, whilst the CIA are in reality using the plague to destroy the poor (countries and people), whilst also using the North and South Korea as a Petri dish to cultivate and refine (and find a cure for) this genocidal bug, although, in truth, the North and South are actually working together to combat the CIA…

…or something else entirely…

Oddly I felt a bit sorry for China and Russia, as there simply wasn’t space for them to appear in the jam-packed-wall-to-wall paranoia-spamfest, aka the utterly incoherent nonsense that is the ‘plot’.  Honestly I enjoyed the film, wasn’t drunk, watched it all the way through, and still have no idea as to what was really going on.

In summary.  The plot?  Fuck knows!

And that’s the point.  It doesn’t matter.

Now, you remember the free-fall gun fight?  Well try to imagine a film where this isn’t a high/low point, but merely the median.  This is a film to take your brain out to watch and, much like a roller-coaster, simply enjoy the ride.  Don’t ask ‘why’ nor expect continuity, and if you do then, bruv, find a different film.

For more context, our protagonist is called Carter.  Or.  That may not be his real name, not that he even knows, and by the end it wouldn’t have surprised me to learn that he was in fact Keyser Söze.  Or Uncle Bulgaria from Wimbledon Common.

In summary, no review can really explain what is so utterly, delightfully, incoherently bonkers.  I just found it good fun to watch.  Engaging, obtuse, stupid, unreal, confusing, compelling.  You may very well, and quite rightly, hate it.  Oh, and it’s two hours long so, if in doubt, bale-out early.  Only don’t, as it’s oddly enjoyable and strangely satisfying.

I just can’t explain why.

I’ll review ‘Pride and Prejudice’ next.  Or ‘The Muppet Movie’.  Or maybe the local weather channel… (Jim – how do I apply for holiday….?)