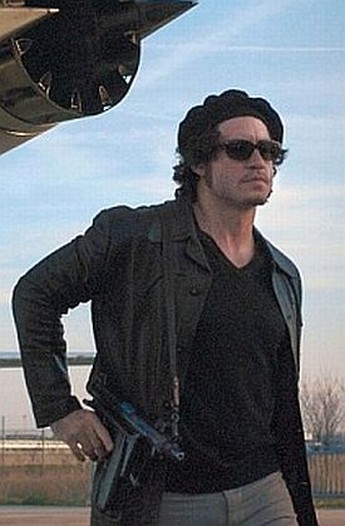 I’ve not exactly been a fan of Assayas previously, but this sprawling mini-series is an impressive piece of work. It covers the career of international terrorist Ilich Ramirez Sanchez, code-named Carlos, whose shadow loomed large over Western Europe in the 1970’s and 1980’s. It covers his work for Arab groups, his shift to the Eastern bloc, and eventually, his foundering after the collapse of the Soviet Union, in a world which no longer needed him. As it’s based on real events, it’s not a spoiler to reveal that he ended up almost friendless, scurrying from safe-haven to another, before finally getting snatched from the Sudan by agents working for France. But over the course of its 5 1/2 hours, Assayas paints a sympathetic portrayal of Carlos. He’s often depicted as by far the most competent, surrounded by idealists without a grasp of what it really takes to be a terrorist. Carlos is shown to be smart, charismatic and absolutely committed.

On the other hand, he is also shown as being egocentric, selfish (particularly where women are concerned) and utterly ruthless – the scene where he guns down three policemen, sent to interview him, is particularly chilling. It’s the contrast, and balance, between these two sides that keep the film largely fascinating for its long running-time, with Ramirez excellent: you can see why he attracted devoted followers, yet never found peace. The pot-pourri of languages used – I counted eight in total! – is somewhat problematic, since actors are often using their second or third, and inevitably, there are slack points, for life rarely follows a convenient three-act structure. I suspect the cinematic release version might have tightened up those chunks, but lost out on the epic scope, of a story that takes place across multiple continents and turbulent decades. Despite the challenging length, an impressive piece of work, from a director who had previously left me largely unimpressed.