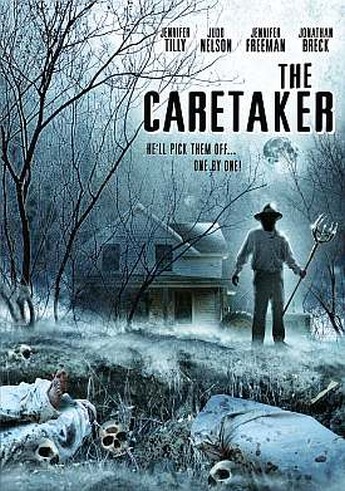 Halloween, and three high-school guys take their girls out. Instead of the promised Homecoming dance, however, they aim to deliver some scares, by taking them to a deserted orchard, and recounting the story of the former owner. He was a jealous husband, who locked his wife up in the house to stop anyone from looking at her, and then chained her up, to keep her from leaving. They eventually had a child, and when she tried to escape with the baby girl, he kills her, and then vanishes. Of course, he now appears to have returned, as the kids quickly find out. There’s the obligatory ‘surprise’ as to who the killer is, though I worked it out inside about 20 minutes, and I’m not usually the quickest person to pick up on these things. That’s just one of the numerous problems from which this film suffers – just as bad is the complete lack of gore in the kills, which all appear to happen off-screen. It doesn’t help that none of the actors are at all convincing as high-school pupils; particularly, Victoria Vande Vegte who is supposedly a “freshman.” Stop me if I’m wrong, but doesn’t that mean she should be about fourteen? Er…no.

The movie’s only saving grace is Tilly, who vamps it up tremendously as a teacher who decides to sleep with one of her pupils for the fame, only to realize that the psycho killer would be an even better catch, career-wise. At least, I think that’s what she says: honesty compels me to admit I was distracted by her remarkable cleavage, which we nicknamed the Gland Canyon. Actually, the only other scene of note also involves breasts, with Lola Davidson using a torch to turn her boobs into a pair of impromptu jack-o-lanterns: I can honestly say it’s not something I have ever seen in a movie before. If only there had been one-tenth as much invention in the rest of the film. While there are slight signs of life during the retelling of the legend (they should have dumped the high-school kids and stuck with that), it is otherwise largely unoriginal, badly-paced, completely predictable and contains almost nothing to justify wasting your time.