This film could provide an entire episode for an “If ever I become an evil overlord…” edition, focusing on mistakes made by mad scientists over the years. Dr. Isabel Ruben (Olsen) is on the verge of a breakthrough that will reverse aging, which promises to make a fortune for both her and her finance advisor, Thomas Lindberg  (Heinrichsen). He and his wife Mia (Ditlevsen) are having a bit of a troubled patch, not least because of his unwillingness to accede in the bedroom to her fondness for S&M. But when a traumatized woman turns up on their doorstep, and leads Mia to Dr. Ruben’s “research facility”, such issues suddenly don’t matter very much. 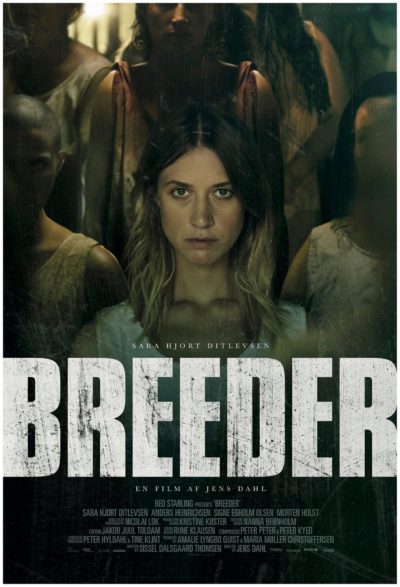 For, it turns out, the researcher is abducting women and using them as both research tools and suppliers of raw organic materials for her anti-aging cure. Mia now knows too much, but conveniently, is a match for the doctor’s own DNA, since she has been using her treatment personally to stop the aging process. But Dr. Ruben makes two obvious mistakes. Firstly, her facility is a disused, utterly decrepit and abandoned sugar mill. Hardly the kind of place in which cutting edge scientific research is carried out. Secondly, she shits where she eats, blithely kidnapping the au pair of the Lindberg’s neighbours. Her minions are pretty crap at the abduction thing too, apparently not noticing when their subject breaks out from the back of their van, hightailing it to Thomas and Mia for help.

This goes about as well as you’d expect, considering Thomas is in bed (figuratively, and perhaps literally) with Dr. Ruben. This is an unwilling partnership to some extent, the result of an unfortunate incident involving a dead girl, which has been used as leverage by Ruben against Thomas ever since. However, it takes a left turn in the final reel, turning into a cheap women-in-prison film. By which I mean, the test subjects are subjected to various indignities at the hands of a minion known only as “The Dog” (Holst), before the traditional revolt against their captors. It’s all a bit of a mess, with what feels initially like it might be Cronenbergian body horror, instead coming out of the oven as a failed souffle of misogynistic mad science.