At 122 square miles, this is the smallest country covered this month in terms of area, though Iceland has fewer people. While it has often been a port of call for Hollywood movies seeking locations, e.g. Gladiator, the number of actual Maltese films is tiny. According to Wikipedia, the local box-office champion there is a comedy/disaster movie called Maltageddon. I kid you not. On that basis, credit is due for getting this out there. It’s an expanded version of Vella’s short called The Breeder, made the previous year. I suspect it might work a little better at that length, since it feels stretched very thin at 84 minutes. 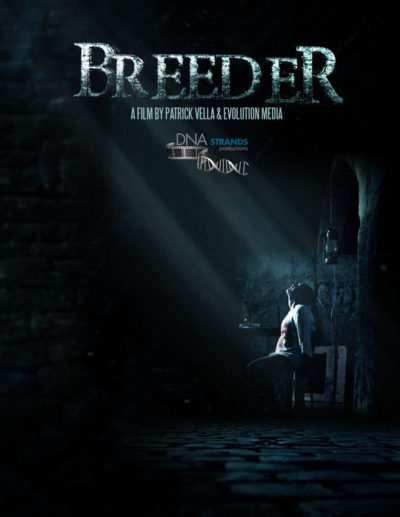 The titular character (Vella) is a guy who kidnaps people, uses them as incubators in which he breeds worms, and then sells the resulting larvae to a pet shop as food. As motivation goes… yeah, it’s slim pickings. I have questions. It’s not as if you’re going to make your fortune, even if they are really expensive worms. And why the need to grow them inside humans? Couldn’t you use animals, to exactly the same end, without the pesky need for abductions? But, hey: worms are icky and gross! He doesn’t exactly seem to stray far from his secret, worm-breeding lair to find victims. Though, I guess you can’t stray far from anywhere when your entire country is about the size of Leicester.

The other thread here involves Sandra (Paris) a grumpy and pregnant private detective who is hired by a Russian woman to investigate the disappearance of a relative. She delegates most of the work to her assistant, Jennie (Said), who is a bit of an amateur entomologist. Jennie identifies the worms found in some recent corpses that have turned up and links them to the pet shop, where she browbeats the owner into giving up his supplier’s info after apparently catching him on the shop CCTV, masturbating in the back. [Yeah, I have questions about that, too…] Gradually, the net closes on the breeder, and the little girl who hangs out with him. But where is Mommy?

I will admit to not having seen the late twist coming, so credit for that, even if ends in an obvious Breeder 2 moment. There are also some okay chunks of gore: a shotgun to the head, and a sawing away at the neck that certainly should be called enthusiastic. But I’d be hard pushed to call many of the performances particularly convincing, and there are scenes – like the conversation between Jennie and the pet-shop owner – which are almost painful to endure. It does go to show that just because you can make a feature out of your short film, does not mean that you should make a feature out of your short film. That said, right now, this still may well be the finest Maltese horror film ever made. Of course, it may well also be the only Maltese horror film ever made…