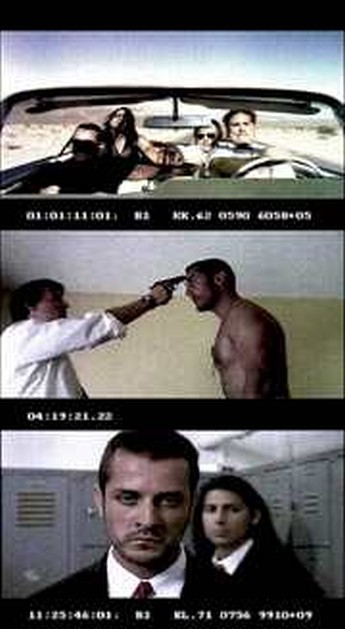 Ten years after graduation, the members of a relay-team head for a reunion, confronting both each other and the ghosts of the past, in what becomes a road-trip to hell and back. Overcoming the handicap of a lead actor who looks more than a little like Michael J.Fox, this is intense, powerful and justifiably nasty. There’s a terrible, Grand Guignol feel to proceedings: it’s probably easy enough to work out what’s going on, but it’s very hard to tear yourself away, even as you watch things which I know I’d rather not witness again.

The lead characters are a four-pack of seriously flawed individuals, yet by the end, their psychoses make a great deal of sense. Indeed, it’s something of a miracle they’ve retained any fragment of compassion, and you can only take your hat off to all the actors. Adult in the most noble sense of the word – no child watching this will ever want to do P.E. again – and especially brave, since the movie is not only challenging to watch (the phrase “stuff of nightmares” comes to mind), it’s going to be a damn hard sell. Good luck to them, for this is a fine example of what indie film should strive to do: confront the subjects mainstream studios avoid like the plague.