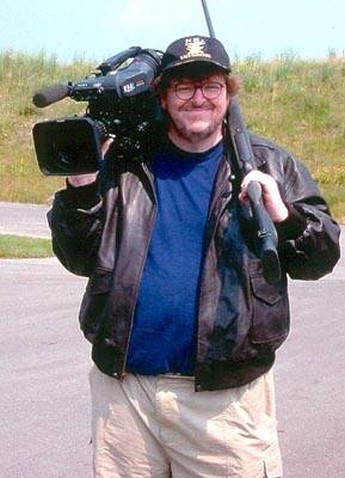 An infuriating mix of spot-on documentary film-making and cheap shots, Moore goes after the second amendment (the right to bear arms) with much the same venom he pursued the head of Ford in Roger and Me. Taking the Columbine shootings as a start, he uncovers America’s love affair with firearms, and tries to work out why the States has so many more shootings than other countries. He’s a lot better at asking questions than providing the answers – the closest we get is the climate of fear generated by the media (and he has a point; this morning, the first five pages of our Arizona paper were devoted to the Washington sniper). They find it easier to cover a shooting than, say, LA’s smog, which kills far more people.

To some extent, Moore is guilty of the same thing, going for tabloid door-stepping and photos of dead children, when his most effective points are actually less emotive. He is also rather good at letting people dig their own graves, most notably Charlton Heston, leader of the National Rifle Association, who comes across as borderline racist. It is a more complex issue than Moore makes out, and I have qualms about restricting the second amendment, as that would give licence to restrict the first one (freedom of speech). Still, it’s probably significant that the sanest voice heard here – one that got a round of applause when we saw it – is Marilyn Manson…