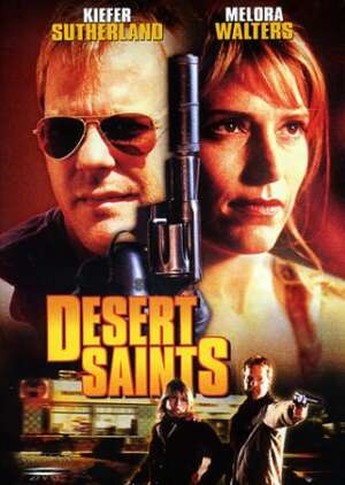 An action pic produced by Meg Ryan? Danger, Will Robinson! Yet laying shallow prejudice aside, this isn’t so bad; even though the plot is a stretch at times, there’s enough twistiness to prevent it becoming predictable. You know the shoe of betrayal is going to drop eventually, but it isn’t until the final shot (literally), that you know for sure what’s going on. Sutherland is an Ivy League hitman, whose method involves luring lost young ladies to work with him, then rapidly terminating their relationship with extreme prejudice afterwards. On the way down to his next job in Mexico, he hooks up with Bennie (Walters) as his latest ‘partner’ – though she may not be what he thinks…or even what she seems.

The structure is irritating, with flash-forwards for no readily apparent reason – especially when we get to see the scene again later, in context. It’s also hard to see why an assassin should trust such an obviously flaky woman, especially after she’s left him by the roadside. These doubts aside, the acting is solid – Sutherland could do this kind of thing blindfold, and almost seems to be preparing for his role in Phone Booth. The supporting cast is equally sound, though Rachel Ticotin appears for absolutely no purpose at all. Perhaps she was just passing by the set one day. The film is almost the definition of ‘straight to video’: without much to recommend it, yet undemanding entertainment if you’ve 90 minutes to kill.