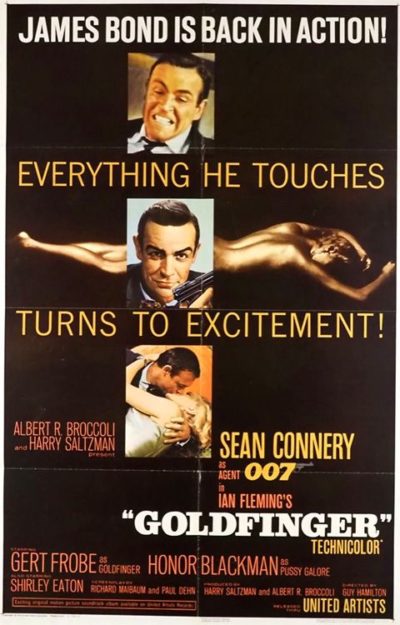 Finally, the whole formula came together: action, baddies, babes, and a really cool car, as well as a contender for the best theme ever [although producer Saltzman called it “that fucking song”]. Even the Bondisms, previously only played with, come into full flower, and Shirley Eaton’s death, covered in gold paint, is one of the canonical images of 60’s cinema. Olympic medallist Sakata is a great evil henchmen, as the bowler-hatted Oddjob, while Q, the longest surviving character, turns up with Bond’s Aston-Martin, the dream car of every male of a certain age. Exemplifying the style running through the movie: check out the number Goldfinger’s bomb is showing when it gets defused. That, my friends, is the stuff of legend.