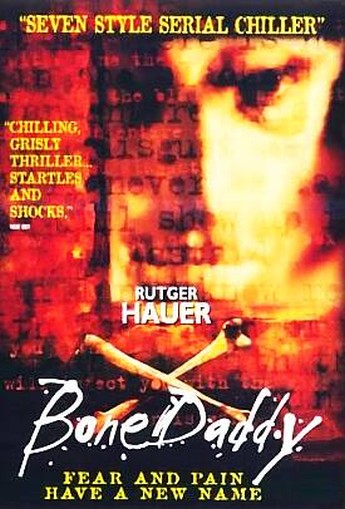 Right from the title sequence, it’s clear this owes a debt bordering on the plagiaristic to Se7en. However, it avoids the showcased unpleasantness of that one and ends up an effective little film that kept the TC review panel (Andy, Steve, myself, plus Mr. Artois and Mr. Madras) guessing right to the final revelation – and we’ve seen plenty hunt-the-serial-killer movies in our time. Of course, it helps having Hauer, who could lend gravitas to Pets Win Prizes, even if now he looks more like the bloke from Yello than Roy Batty. Here, he’s a former pathologist whose novel based on an uncaught murderer brings the killer out of retirement. While you can guess where the plot goes from there, it’s handled effectively and briskly by Azzopardi and an array of characters, most of whom convinced us of their utter guilt. Not quite up there with Split Second in the Hauer Hall of Fame, but certainly better than you might expect.