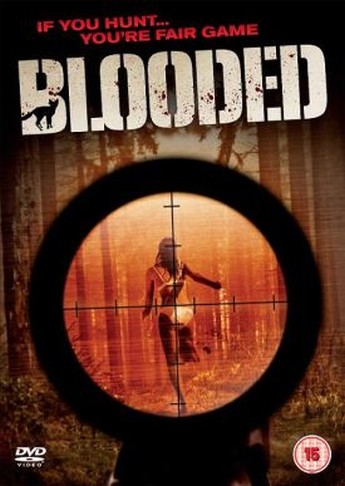 An interesting take on the found-footage genre, this is allegedly based on a video posted online by an animal rights group, in which fox hunting supporters are kidnapped, stripped, dumped in a remote location on a Scottish island and forced to experience the thrill of the hunt fron the other end, before being coerced into reading a statement denouncing hunting. Footage from that video is (mercifully) supplemented by interviews with the survivors and re-enactments of the events. The main target is Lucas Bell (Ashdon), a devoted huntsman, but also caught up in the attack are his brother Charlie (Boot), a former flame of Lucas, for whom he still has feelings, and Charlie’s girlfriend. As things unfold, it’s clear that the extremists will go to any end to achieve their goals, but Lucas is not a man easily swayed.

We were never convinced of the “reality” here, as soon as we realized Crystal from Bad Girls was one of the supposed “victims”. But it’s still a well-put together entry in the genre. It’s refreshing to see a film take a reactionary stance, setting up hunters as the “good guys”, even though it doesn’t soft-pedal what that means, depicting in pretty graphic detail, the gutting of a deer. But the main theme seems to be the dangers when extremism on two fronts collide with each other, neither willing to give way; that rarely ends well. While the set-up does limit the film in some ways – obviously, you know who is going to survive – this hurts less than you’d expect, and things unfold in a slightly different direction, rather than merely piling up the bodies. There’s also some stunning scenery on view, which will probably make you want to visit Mull, the location of the film. All told, in most aspects, this is among the upper tier for the genre.