Cops Valentine (Craven, channeling a low-rent Morgan Freeman) and Stokes (Thomas) are hunting a serial killer, who have left a trail of dead women around Tucson. Suddenly, his modus operandi changes, with the victims being mutilated and drained of blood. The reason for this is, the killer, Keller (Murphy) has been turned by vampire queen Lilith (Fernandez), because he has a specific blood type which can be used to propagate their species. After getting Lilith pregnant, Keller declines her offer to join their pack and goes rogue, leaving Lilith to rue her mistake. The detectives eventually determine Keller is their man – however, it turns out the hunters are becoming the hunted. 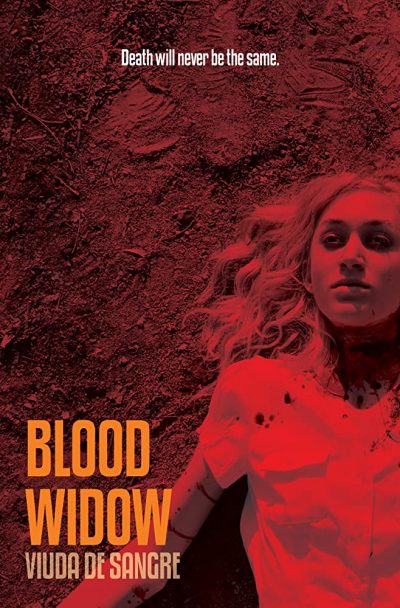 I’m always interested in local genre movies: this one was made down in Tucson, and it took a long while to get distribution – the IndieGoGo page suggests filming took place in 2015-16. Such is the life of indie cinema. There isn’t that much of a local taste to it, beyond the odd shot of saguaros, and the injection of Spanish into a few moments. A good portion of it seems to be filmed in anonymous and generic car parks, alleys and offices – a couple of scenes appear to take place in empty cupboards. The several minutes of gratuitous aerialist performance was another low-point which served no purpose. Though the subsequent and equally pointless scene in Club Carnage, frankly had us yearning nostalgically for more aerialists.

That all said, if you can get past the paucity of the budget, it’s not as bad as some local productions I’ve seen. While Valentine is little more than a collection of detective cliches e.g. drinks too much + estranged wife and daughter, Craven brings a dignity to the character that’s unexpected. Indeed, most of the performances manage to be reasonably effective. I also liked the idea of a vampire teaming up with a cop to hunt down a poor decision, though the film doesn’t develop this angle as much as it could have. Some thought appears to have been put into the backstory, with a flashback to a century or so ago, which helps explain how the vampires reached this point.

It does have to be said, Arizona is probably not the best place for a vampire film, considering we have three of the five sunniest cities in the United States. Probably wisely, the film rejects that aspect of vampire lore, Indeed, it’s never quite clear exactly what the rules are here: they clearly have enhanced abilities, and staking through the heart does seem to kill them. Then again, who doesn’t it? But beyond that, the impact of crosses, garlic and so on, never seem to crop up, even after Valentine is eventually convinced of what he is going up against. It’s like no-one in this vampire movie has ever seen a vampire movie. Keep your expectations in check, realize the limitations of its production, and this might just about pass muster.