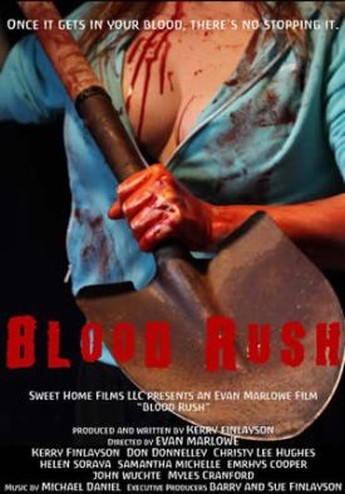 A small-town take on the small-budget zombie flick, this contains a series of interweaved threads about the inhabitants of a rural community, who finds themselves being taken over by an infection. This causes the victims to have an uncontrollable craving for raw meat – but, interestingly, doesn’t destroy their intelligence, at least initially. So, they still function normally in some ways: they’re just a bit bitey. The heroine, Kara (Finlayson, who also wrote the script), has to make her way through the town in search of help for her sister Emma, while also taking care of a heavily-pregnant friend. Meanwhile, a group of the other residents, under the local mayor and town doctor, is deliberating ponderously over the epidemic, torn between waiting for help from outside that may never come, and taking action themselves, possibly against entirely the wrong target as a result of their own prejudices.

In tone and era, this seems to be going for something like Brain Dead: an uber-polite society faced with a threat that’s the extreme opposite, and its an interestingly-subversive concept. However, the technical aspects are a good deal more wobbly: early on, there’s a supposed shovel hit which is about the least convincing thing I’ve seen this year, and though there’s nothing else quite as bad, its early placement is a bad first impression. The performances are similarly a bit variable, and it feels almost as if some actors were taking it seriously, and others slyly winking at the camera. However, it does have one of the best lines in this year’s submissions: “All I know is, I ate up that man’s German Shepherd, and it tasted good – that ain’t right!” If borrowing too much from other, better movies, this one does have some of its own thoughts as well, and ends up retaining our interest as a whole.