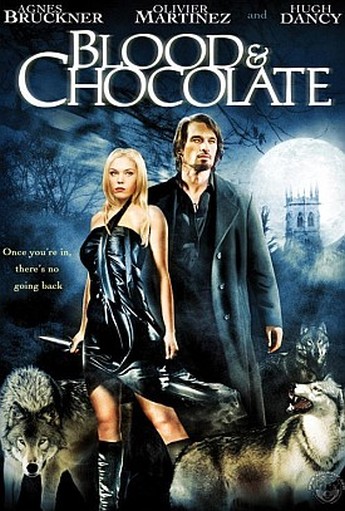 Like Twilight, this is based on a novel for ‘young adults’, set in a world where live among us. One of them meets and falls for a human, a relationship which brings both of them into peril, due to the disapproval of the other [supernatural creatures]. If that all sounds like a Stephenie Meyer ripoff, truth be told, the book was published some time before Twilight (1998), and just took a really long time to reach the screen. The ‘monsters’ are werewolves, rather than vampires, and the sexes are reversed too, with a male human, artist Aiden (Dancy), falling for female lycanthrope Vivian (Bruckner), who moved to Romania after her parents were shot and killed in Colorado a decade before. This draws her into conflict, both with her cousin (Dick) and the leader of the pack (Martinez) – insert obvious joke there – who has his own interests in her, and won’t let a mere mortal get in the way.

If you always thought, “Werewolf movies are nice, but I wish they had more parkour in them,” then this is the one for you, since for no obvious reasons, the lycanthropes here practice free-running when getting about the city. It’s just one of the odd and largely unexplained angles contained here, such as the chocolate shop run by Vivian and her aunt. You can likely tell the other obvious touchstone from the sleeve: Underworld, though lacking the sense of history, and with nowhere near the sense of style or action quotient. The majority of the film is concerned with the relationship between Aiden and Vivian, and is singularly uninteresting, both appeared to have shuffled on from one of the lesser WB soap-operas. There are some aspects I liked: the use of real wolves, rather than CGI, was impressive, and the transformation from human to wolf was swift, yet had a magical quality. The climactic battle finally got me to pay attention, so I wasn’t left feeling like I’d totally wasted my time; largely wasted, is closer to the truth.