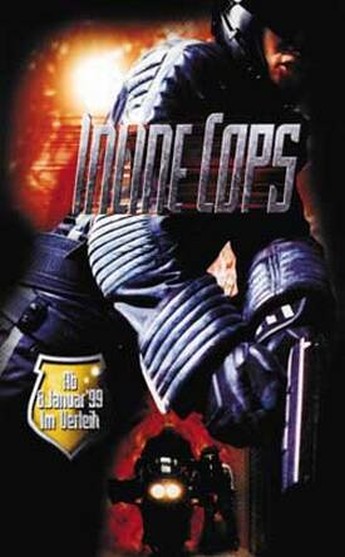 Anyone remember Parker Lewis Can’t Lose? Well, this film suggests Parker – or at least, actor Corin Nemec – is now all grown-up and saving America, as one of a group of renegage, roller-blading cops out to clean up the city streets from the usual thugs ‘n’ drugs. This TV pilot never made it into a series, and you can see why, as it fails to engage your interest in any of the characters. About the only element of note is production design strongly reminiscent of Max Headroom; although the combination of film and video might have been novel fifteen years ago.

Indeed, the entire movie feels like something that has sat on a shelf for at least a decade. Its TV origin is all too apparent in a simplistic story which suggests a kid audience, yet comes with a 15 certificate, leaving it to flail awkwardly between demographics. Author W.Peter Iliff did the similarly-themed Prayer of the Rollerboys; he doesn’t seem to have learned much since then, although (even if it’s not saying much) this is still an awful lot better than Roller Blade.