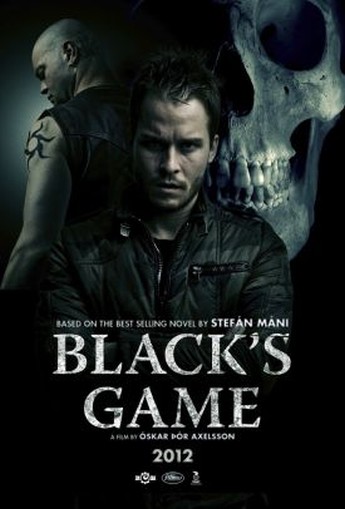 An interesting twist on the usual Scandicrime, because this Icelandic film tells its story from the point of view of the criminals. Supposedly based on real events – take that claim with the usual handful of salt – it focuses on Stebbi (Kristjansson), who needs a lawyer after a drunken brawl. At the police station he meets childhood friend Toti (Johannesson) who offers to hook him up with legal counsel, if Stebbi will just got an apartment and find a package hidden there. Stebbi agrees, only to be surprised by the package’s true owner. The resulting encounter earns him the (somewhat unwarranted) nickname of “Stebbi Psycho”, and opens the door for him to ride on the coat-tails of the ambitious Toti, and the even scarier Bruno (Younger), as they seek to displace the established criminal order, and replace them with a new, more efficient organization, as the new millennium dawns. Naturally, neither the current occupants nor the local cops are too keen on that prospect.

It shows a good chunk of influence from executive producer Nicolas Winding Refn, but probably fortunately, retains a better eye on both plot and characters, and reins in the meandering flourishes of “art”. There’s an element of Casino here, with its first-person perspective of criminal enterprise, backed by a meaningful soundtrack – though one senses the meaning was rather more to local audiences, since most outsiders knowledge of Icelandic music likely begins and ends with Bjork. Who is notable by her absence, I guess. Still, it’s the unholy trinity of Stebbi, Toti and Bruno, whose relationship and actions direct this, and they make for an interesting combination of styles and approaches. Stebbi is the likeable one, with whom the audience identifies; Toti looks like a thug, yet clearly possesses smarts; and Bruno is… Well, there’s an enormously creepy vibe about him, from the first time he appears, and in the end it proves entirely justified. It makes for solid work, and a good slide of Nordic noir.