In many ways, this action flick is about 20 years past its time. Not least in its cast, which is a veritable smörgåsbord of “Hey, I recognize them,” “I didn’t realize they were still acting,” and “Aren’t they dead?” You can add Matthias Hues to the list above, playing a Moscow armed robber who comes head-to-head with the firm policing tactics of local cop Vladimir Kazatov (Nevsky) during a siege at a bank. A request comes in from the Los Angeles police, for someone to help investigate a serial killer of women who seems to be operating in the Russian expat community, and Kazatov’s superior leap at the chance to ship him off. The first cop he’s partnered with isn’t a good fit, so Captain Frank Dalano (Davi) assigns the Eastern Bloc-head to rooke FBI profiler Emily Smith (Loken). With her insight and his blunter approach, they investigate the murders – even as everyone they speak to, has a nasty tendency of turning up dead soon after. 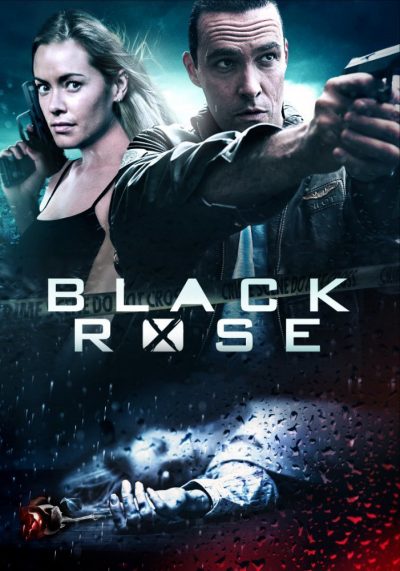 It’s most interesting near the start. The Moscow scenes are shot with a certain energy – and when I say that, I mean there’s some enthusiastic use of blood squibs. And when Kazatov shows up in California, there are some nice nods to the culture clash between Russia, America, as well as the difference between the Hollywood illusion and its everyday reality. Once Kazatov gets paired with Smith, that’s all but forgotten, and the rest of the film is largely by the numbers, driven mostly by a killer who appears intent on being caught as soon as possible, judging by their actions. For example, killing people after they have told the cops literally nothing – something the perp would know – is not exactly an indication of the smartest tool in the box. I had brief hopes near the end, this might end up taking a late swerve into interesting territory, but that suspect ends up being a red herring.

There are definite echoes of early Arnold here, most obviously Red Heat, though this is less comedic in tone. Like Arnie, Nevsky is a former body-builder turned actor, even if he’s still closer to Schwarzenegger in the “crush your enemies, see them driven before you, hear the lamentations of their women” phase of his career, than you’d expect for someone with a decade of acting experience. The rest of the cast fare a little better. I’ve generally found Loken to be better than the material, and that’s the case here too, and you could probably find Davi’s picture in the dictionary, next to “Cinematic Police Captain.” Nevsky also directed this, which is a step further than Arnold went. The positive aspects are likely not enough to hold your interest entirely, yet there are worse things to have on in the background when you’re washing dishes. I have the feeling the previous sentence is not going to end up on the DVD sleeve any time soon.