An understandable retitling, even if the disease is not quite as central here as the new name would have you expect. It does take place in 1348, as Britain was about to be ravaged by the bubonic plague. Lady Matilda Mellerby (a very pre-Cersei Headey) is awaiting the return of her husband, though their estates teeter on the edge of bankruptcy to the despicably sleazy local bishop (McNeice), and his collection of medieval porn etchings. Unfortunately, Sir Walter is captured and held for a ransom they can’t pay. Fortunately, Jacques de Saint Amant (La Haye) the son of the French noble responsible, becomes their prisoner, offering a possible way out, in a tit-for-tat exchange.

Except: a) he’s kinda cute, so Matilda finds herself falling for him, and b) dead bodies start showing up around the village, both plague-infected and with writing carved into their backs. Turns out, quite a few things are not quite as they seem. This applies both in regard to Jacques, and the history of Sir Walter: the wife he had before Matilda died, in nasty circumstances which everyone in the area is aware of, apart from his current spouse. These two elements may be related, and that leads to things getting grim and unpleasant. Not that they weren’t grim and unpleasant already. For this seems almost to wallow in Middle Ages misery, in a “Dennis, there’s some lovely filth down here,” kind of way. Life is brief, unpleasant and short on skin-care products. Except for Matilda, of course. 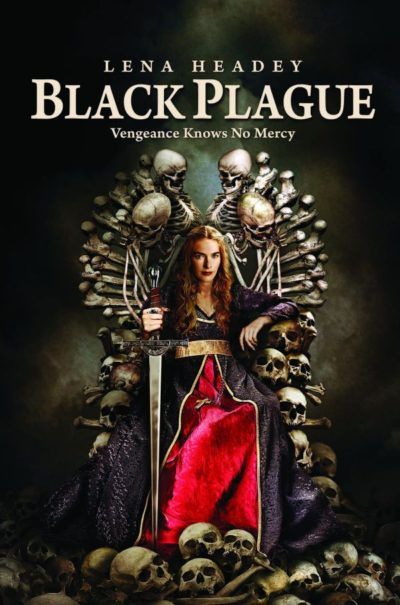 The film probably needs to be a good deal briefer as well – or, alternatively, have more going on within its 115 minutes. The actual core of the story-line is quite good: it’s just a shame it’s not revealed until almost an hour and a half into proceedings. To that point, you’ve got a film that’s part whodunnit, except nobody cares too much, since peasants were two a penny in those days, and part medieval bodice-ripper, with Matilda and Jacques lobbing meaningful glances at each other. Nobody, least of all the audience, cares much about that either, with La Haye having the screen presence of a tub of plague rats.

Though generally, the performances are what keep this from sinking entirely, even if this is barely in the same universe as Game of Thrones – despite what the re-mastered poster desperately wants you to believe. It’s easy to see why Headey would go onto bigger and better things, while McNeice is particularly icky: you’ll be firmly on #TeamBubo as far as he is concerned. O’Donnell does well too, playing a rare sympathetic peasant, whose nose is missing due to… that’s also something the film takes its own sweet time about getting round to explaining. By the time it does, you should be forgiven if your interest is as dead as half the English population after the year 1348. Yep: come to Film Blitz for the movie criticism, stay for the plague “humour”.