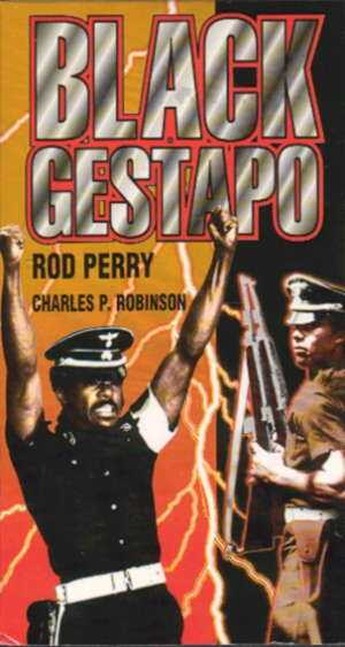 As the blaxploitation fad ran its course, entries got more off-the-wall. This may be the looniest of them all, not least for its Nazi footage, set to a funky “wacka-chikka” soundtrack. The People’s Army is a group dedicated to cleaning up the streets of Watts, and throwing out the gangsters; except, when they succeed, they end up behaving worse. It’s like a hipper-dressed version of Animal Farm – the Orwell story, not the one with the eels. Come the final act, the leader of the People’s Army, who has somehow been oblivious to all the corruption, has had enough and becomes a one-man strike force to clean house at his subordinate’s HQ (starting, for some bizarre reason, by cautiously liberating the tennis court).

It’s every bit as bizarre as it sounds, and I haven’t even mentioned the Italian mobsters who find it too much to take, and simply leave town. Their boss is played by director Frost, and it’s all about as sensitive as you’d expect from the man who gave us Love Camp 7; could be wrong, but I think every female character who speaks more than two lines, also gets raped. Still, credit to Robinson and Perry, as good and bad generals, for going at it with plenty of gusto and dignifying a, let’s be honest, amazingly tasteless concept. Still, the movie never has a dull moment, and that’s both more than expected, and about all you could ask for from this genre.