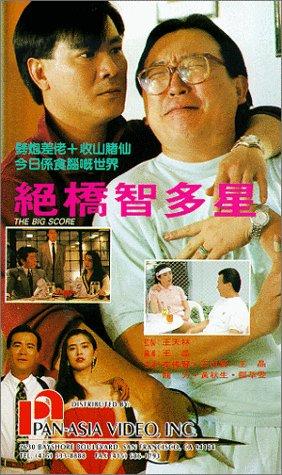 A rollicking start here, as an undercover cop has revenge taken on him by the gangster he betrayed: specifically (deep breath), he is kneecapped, blinded and has nitric acid poured down his throat, while his daughter is killed and his wife raped then killed. These are not nice people. Enter his friends, one an ex-cop, the other a gambler, who join forces for revenge on the perpetrator. Typically, of course, the cop ends up doing the gambling, while the card shark wields the weapons.

Not just directed by, but starring Wong Jing (as a lecherous swindler – hmmm…), this is easy on the brain, yet if it goes pretty much as you’d expect, the initial violence gives it an edge beyond the brain candy. And only Wong would pull a refreshingly incorrect “blind girl as comic relief” stunt. A working knowledge of mah-jong would probably help a good bit.