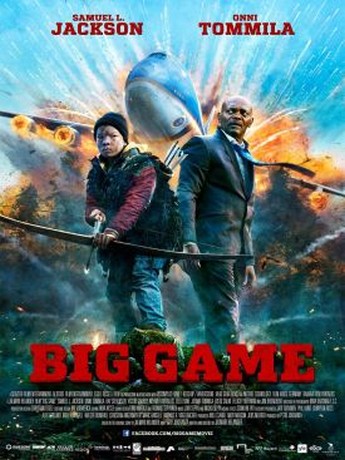 If you’re looking for a kid-friendly version of Escape From New York – though I have no clue what that might be your particular quest – this would do the trick. The American President (Jackson) goes down in a remote area of Finland, after Air Force One is taken out, and is hunted by a renegade Secret Service agent (Stevenson) and a middle Eastern psychopath. His only hope is young Finnish boy, Oskar (Tommila), who is out in the woods hunting by himself as a rite of passage. The problem is, despite coming from good family stock, Oskar is not actually a very good hunter himself, leaving both he and the President to dig deep within himself if they are to survive until the frantic efforts of the establishment manage to reach them.

Outside of some very nice Scandinavian scenery, there isn’t a great deal to move the needle here, in either direction. The cast are decent to competent – Broadbent comes off best, as you’d expect from an Oscar winner (apparently needing a mortgage payment the month this was made) playing a veteran field officer. Otherwise, nobody here makes much of an impression, and Livingstone appears positively embarrassed to be there. The plot is absolutely, entirely, impeccably predictable – I kid you not, I called the final shot of the film with 100% accuracy, about ten minutes into it – and I’ve really no idea what the Arab guy is doing there, since he serves little or no purpose. On the other hand, I was never bored, with action proceeding at a good pace, even if this is largely moving from one implausible event to the next, even more implausible one. If there’s one “fact” you will take away from this experience, it will probably be to buy a Finnish fridge. Because, based on what happens here, those things are utterly indestructible.