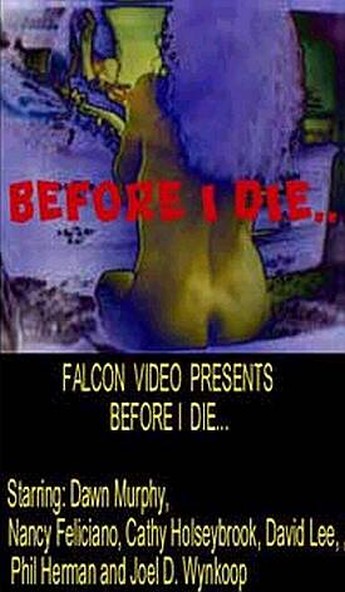 This is an anthology story, using a writer, struggling to come up with ideas, to tie together the three parts. Unfortunately, they are badly-written, poorly-acted and laughably-inept on just about every level. The first story, Time for Dessert sets the bar low, with a man becoming obsessed by a fat woman (Holseybrook); when he finally achieves his goal, he discovers her nasty secret. This is portrayed with such wretched awfulness (let’s just say, large pipe-cleaners appear to be involved), it provides the sole redeeming moment in the entire film, and this does at least have some amusing scenery-chewing.

Unfortunately, things then sink into utter tedium with Last Resort, where a couple (Lee + Murphy) go on honeymoon to a resort where they appear to be the only inhabitants. It takes them three days to decide to leave, and believe me when I say this appears to have been filmed in real time. You’ll have plenty of time to wonder about things like, “What do they eat – grass?” But right from the get-go, this is obviously the painful stretching of an idea that never received anything like sufficient development. It’s the longest of the three stories, and certainly feels like it, despite having the least actual content. Things are not helped by the lengthy, frequent scenes of PG-rated bonking that litter the story.

Finally, we get Someone is Sleeping in my Bed, about a murder-spree carried out by an escaped mental patient – the twist here being the crossover between the writer’s imagination and reality. This stars Nancy Feliciano as both victim and the author’s other half, and she does seem to enjoy wandering round her apartment unclothed. Again, however, there’s just too little going on otherwise to justify the story’s existence, and it’s something of a blessed relief when we’re back to the writer jabbering away to himself – which is what passes for exposition in this stinker. The vast majority of the time was spent using the split-screen on my TV, and let’s say that without Game 7 of the Mets-Cardinals series, this would have been a very long 84 minutes.