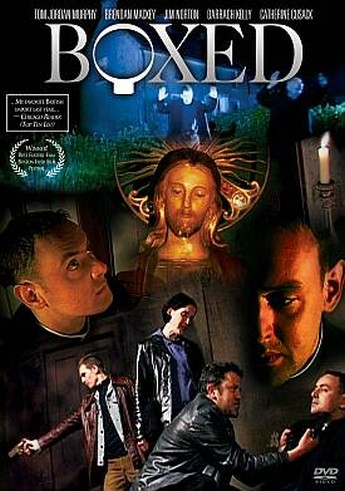 Thanks to a case of mistaken identity, Father Brendan (Murphy) ends up taken by the IRA, in order to hear an informer’s last confession before execution. However, the idealistic priest refuses to co-operate, leading to stalemate. Then, the terrorists bring in another prisoner – this one a policemen – and offer Brendan a deal: who does he want to save? This one feels very much like it originated on stage, mostly in one location, and very dialogue-heavy. That isn’t a problem, since writer-director Comer has a lot of interesting things to say: does the end justify the means? And the question applies both to terrorism and religion – should the Catholic Church collude with killers, in order to save the soul of their victim? It helps that the IRA members are not necessarily religious themselves, holding a wide spectrum of view, which makes for variety in the ensuing debate.

There is an issue, in that much of the cast have really thick accents, which even this born-and-bred Scot found tough to decipher. And it also has local references which may make no sense outside the UK. Do Americans know that the RUC are the Northern Ireland police? Or are aware of the Rev. Paisley, and his significance to Catholics? I had to pause the film in the middle to give Chris a quick lesson on the last 800 years of Irish history, and the more you bring in, the more you’ll take away from this. That said, Comer certainly cannot be accused of going for the easy targets, and has made a brave stab at discussing topics and addressing questions, which are usually left uncomfortably unaddressed.