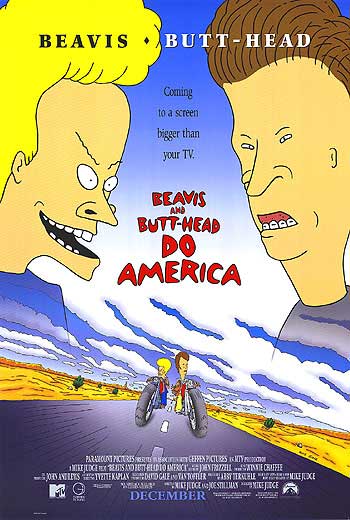 In a year of strangely unsatisfying Hollywood blockbusters, it was at once scary and wonderful to find this among 1997’s best, purely because it succeeds at what it’s trying to do, which is simply be funny. I’m no fan of the original TV show at all, but it was a stroke of genius to turn their moronic music video commentary into a road movie, by making it about B&B’s hunt for their stolen TV.

This broadens out the horizons to permit more than their usual “This sucks”, and it’s honest enough that you’ll know whether or not you’re gonna like it within seconds of the start: if not you can probably claim you’re in the wrong cinema and get a refund. As for me, I was creased double for most of the film, and very few comedies manage to do that to me.