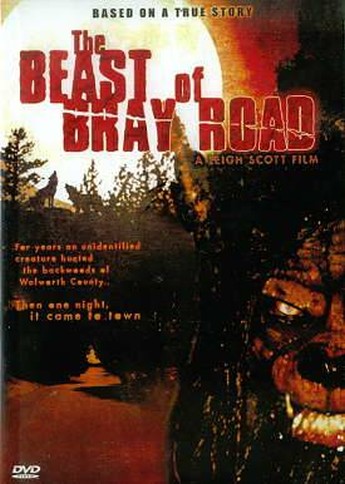 Asylum currently seem to enjoy mining the vein of old-school horror: after War of the Worlds, there was Frankenstein Reborn and mummy-movie Legion of the Dead. Now add this which, though based on an true story – unless Amazon is in on the hoax – is close to a classic werewolf tale, albeit in a modern setting. Someone – or thing – is tearing apart residents of a rural Wisconsin town, causing concern to the local sheriff (Denton), a Chicago import, as he tries to juggle this, his lovelife, an interfering (but knowledgeable) crypto-zoologist, and the dislike of certain locals for “city folk”. Actually, perhaps this one’s closest cousin is Jaws. Some of the locals are more concerned about the effect on deer-hunting season, and I suspect it was an entirely conscious decision to call the crypto-buff Quinn – there’s also a pointed reference to the need for bigger guns, rather than boats.

The result is a bit of a mixed bag. At best, it comes close to Tremors in dry wit: Quinn (Downey) especially is nicely eccentric, in the Van Helsing role [think Peter Cushing, rather than Hugh Jackman]. However, much of the dialogue is painful on the ears, and despite the film ending with a dedication to “The great state of Wisconsin,” the men all seem drunken redneck idiots, and the women, drunken redneck sluts. I can’t say whether this is accurately portrays the locals, having never been to the state: if so, I’m sticking to the other 49. But despite such often-clumsy characterization, and a monster that’s obviously a man in a suit, we didn’t guess the climactic twist, while the splatter is enthusiastically entrail-y. It’s no Ginger Snaps, but neither is it Cursed, and that’ll do.