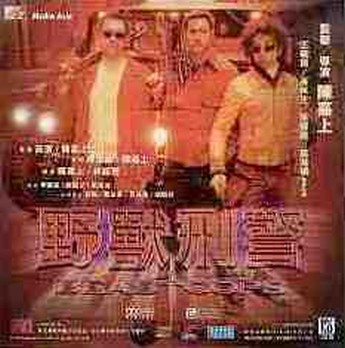 Hard to be sure what to expect from the title, but it probably isn’t what you get; a strongly character-driven cop movie, whose predictability is forgivable in the face of an excellent performance from Anthony Wong as a cop who is so aimiably corrupt he has achieved a Zen-like tranquility. At least, he had, until his close friend, a Triad boss played by Roy Cheung, has to go into hiding, and his new partner (Michael Wong) starts making waves. Both Wongs are more restrained than you’d expect, and Michael – a man of severely limited expression in most of his other films – seems to be infected by Anthony’s acting talent, which is something of a relief.

All but the registered blind will see exactly where this is all going, right from Cheung’s disappearance, through the ensuing power vacuum, and it duly delivers. However, the directors handle events with a growing sense of finesse, up to a classically Ebola-style ending which I’m not convinced truly fits the underplayed approach shown by the rest of the film. Maybe Anthony insisted on a clause in his contract for this movie, stating that there must be a scene in which he is allowed to go grand guignol, in the way only he can…