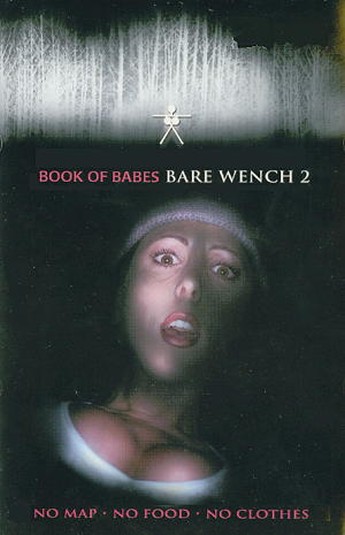 Opinion was divided in the TC camp by this one. Chris found it an exercise in “slovenly silicone”, stupid and immature – I can hardly argue with that, yet still found it a harmless time-passer, albeit one with several marks off for lack of originality, because it’s less a sequel than a shameless retread. Julie Strain drags out her furry boots once more as The Bare Wench, though Lenny Juliano, playing male cameraman Lunk, is actually less irritating this time. Otherwise, it’s barely distinguishable, save in the last five minutes when…no, I won’t spoil it. The laziness on view is apparent from the fact that almost all the cast play characters who have the same name as the actor i.e. Nikki Fritz is called Nikki, yet is looking for her twin sister, also called Nikki, lost in the original movie. There is a universe where that makes sense. Just not this one.

There’s a clear sense of wasted opportunity in the brief spoofs – I loved the Ghostbusters reference – and if Wynorski had actually bothered to come up with a genuine script, rather than (apparently) making most of it up as he went along, this could have been a classic. However, it is perhaps too much to expect significant wit or intelligence, from what is closer to Girls Gone Wild: The Wilderness Years than a piece of genuine cinema. The “actresses” miss no chance to take their tops off and jiggle, cover each other with chocolate syrup, etc. Chris and I may disagree, but while I accept this is not movie-making at its finest, I can’t find it my heart to condemn this idiot bastard child of the art.