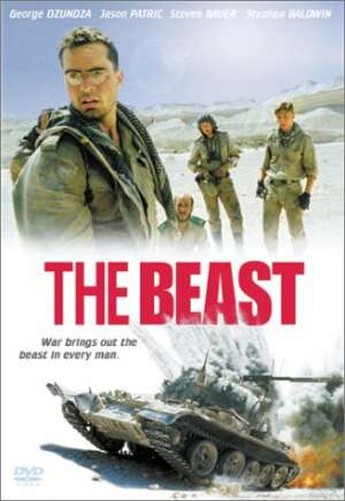 Hard to credit this was directed by the man who wrote the wildly jingoistic Red Dawn, since this is an amazingly and impressively even-handed piece of work. A Russian tank is separated from its battalion, deep in Afghanistan, and is hunted down by local rebels as the crew disintegrates under the pressure. Well, to be honest, commander Dzunda was never very “integrated” to begin with, thanks perhaps to a childhood spent in the Battle of Stalingrad, and it’s all downhill from there.

Patric does a fine turn as the draftee forced into battle, while Stephen Bauer struggles manfully to handle dialogue entirely in Afghan Persian [albeit with Cuban intonation, Chris informs me!] as the rebel leader. Right from a ferociously brutal opening sequence, this grabs you firmly by the collar and doesn’t let go, aided by excellent cinematography and some stunning landscapes. Perhaps the most significant scene has Patric and Bauer trying to communicate – in the end it’s weaponry that provides the key to understanding and respect. Both sides are portrayed as good and bad; it’s probably going to be a very long time before we get such a sympathetic portrayal of any Afghanis again.