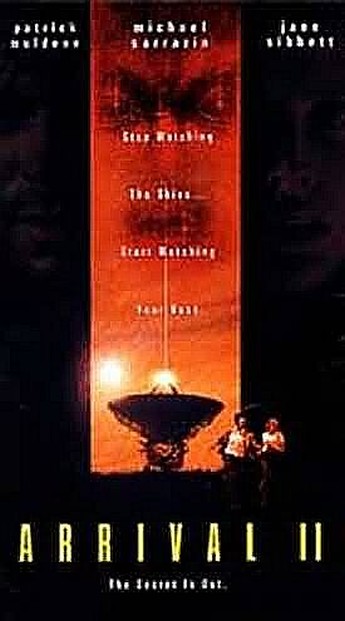 We should have listened to Robert. Even he – who saw Battlefield Earth twice – warned us this was bad. But, hey: the first was an enjoyable piece of SF schlock. How bad could the sequel be? Answer: very. No-one returns from the original, and when you can’t even afford a photo of Charlie Sheen, your film is in trouble. Instead, we get Muldoon as his step-brother, who gets a package after the mysterious demise of his relation, which sets off…exactly what you’d expect. He and journo-bimbo Sibbett run around Montreal looking to find a power source for their alien artefact (they shoulda tried Radio Shack), unsure of who to trust because aliens are among us.

This might not be so bad, except that the plot has absolutely no good ideas of its own – what few there are come straight out of the first one – and neither lead could act their way off a postage stamp. It all builds to some kind of confrontation in a nuclear power-plant, after our hero discovers a natural talent for manipulating alien computer systems. This is a concept which was laughable in Independence Day, and is now old and laughable. The most crucial piece of alien hardware is a small sphere which acts as an ultra-powerful vacuum cleaner, and it forms an entirely appropriate symbol of the movie. The whole film sucks hard.