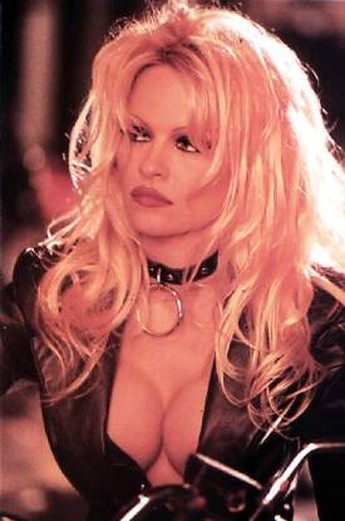 I can see why this got dire reviews; the critics will have seen it stone-cold sober at 11 a.m, rather than, as intended, after several beers, a Big Mac and a session of manic slaughter down the video arcade. Having taken the latter route, I had a great time. The film is so shallow it’s in danger of evaporating completely, Pammie’s (fortunately limited) attempts at acting are laughable, and it’s nothing you haven’t seen in a thousand post-apocalyptic films, set in the usual disused industrial estate.