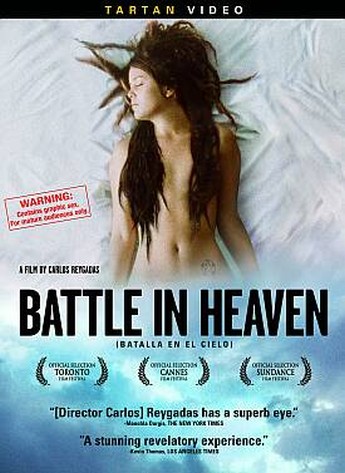 It’d be easy to accuse Reygadas of cheap shock tactics: after all, the film opens with an explicit scene of an overweight, middle-aged man getting a blow-job from an attractive young woman. But to do so would be to miss the point; though, being honest, it’s never quite clear exactly what the point here is. Reygadas and his non-professional cast seem to have no clear agenda here, which is both brilliant and infuriating at the same time. Marcos (Hernandez) is the chauffeur to Ana (Mushkadiz), the daughter of a general, who moonlights as a hooker, and is the subject of. Marcos’s fantasies; he and his wife (Ruiz) have also kidnapped a child – and to complicate matters, the victim has died on them. When he confesses this to Ana, she declares he must turn himself in, but his wife declares Ana must be disposed of instead.

Definitely refreshing to see a film so diametrically opposed to everything for which Hollywood stands; given their similar locations and themes, perhaps think of this as the anti-Man on Fire. No stars; hell, no actors; full of inaction; and a visual style that is similarly unorthodox. Nothing illustrates this better than a shot where Ana and Marcos are having sex: the camera abandons them, drifts out the window, pans very slowly round a full 360-degree circle, and eventually arrives back on the couple. Who have now finished having sex. That’s genius: hard to think of a more simple, effective way of showing how sex is natural, not something worth fussing about. 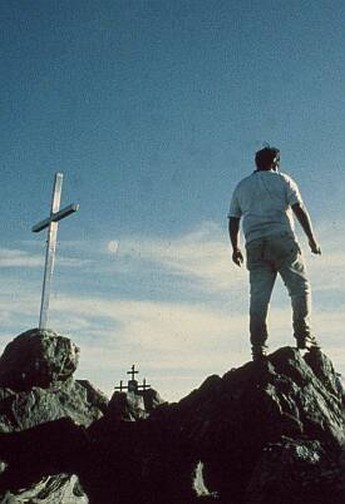 I can certainly see why people could hate this – and, wouldn’t necessarily argue with them, since Reygadas treats narrative coherence as a greater obscenity than real people having real sex. Much is not explained, and left up to the viewer to interpret or explain. Some of this is irritating: for example, why does Marcos, supposedly a chauffeur, have to take a train to the airport to pick up Ana? Some is obviously intended to make the viewer think, such as the ending, which basically brings us back full-circle – except, this time, Marcos actually smiles, almost the first emotion we’ve seen him express. Oddly, Chris noticed that his dick is also now mysteriously circumcized. Meaningful, or sloppy film-making? You decide. In the end though, whether you “like” this or not, it’s difficult to deny that Reygadas deserves much respect, for being so utterly uncompromising in his vision.