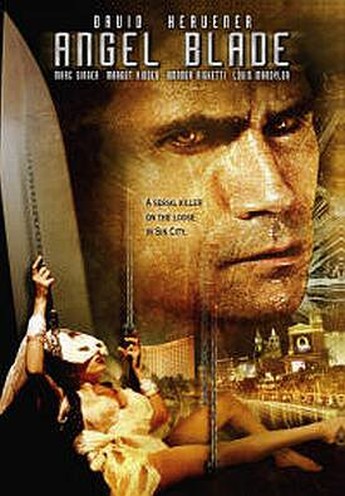 With a © date of 2001, this has taken its time to get a US release; cynics may suggest because Righetti is only now a star on The O.C.. You see a lot more of her here, playing a lingerie model who gets involved in the hunt for a serial killer who slaughters pregnant prostitutes. She hooks up with jaded ex-cop Cooper (Heavener), brought back to the force to solve the case. And can I just say it’s more than slightly creepy to see the two having sex: Heavener was well into his forties when this was made, with Righetti less than half his age. Still, if you’re going to write, direct and star in your own film, go for it, I say. Anyway, back in the plot. Who is involved? Sleazy shrink + best-selling author Dr Gites (Singer)? The ambitious commissioner? Lingerie-shop owner Frida (Kidder)?

When this doesn’t over-reach itself, it’s by no means bad, Heavener getting support from good B-actors like Louis Mandylor and Richard Moll. On these lines, it’s a solid, almost giallo-like film, not least because of Heavener’s fondness for running blades over naked breasts. It’s on less secure ground in the cloying flashbacks, and utterly pointless “dream orgy” sequences which fail miserably to tie into anything else. Despite Heavener claiming to have been ordered to make this by a real serial killer – a gimmick as tasteless as it is pointless – there’s not much to make this stand out from dozens of others in the genre. The ending is interestingly twisted, and when the true killer is revealed, they’re nicely convincing in the role. More of this welcome intensity would have helped make the film memorable, rather than forgettably competent.