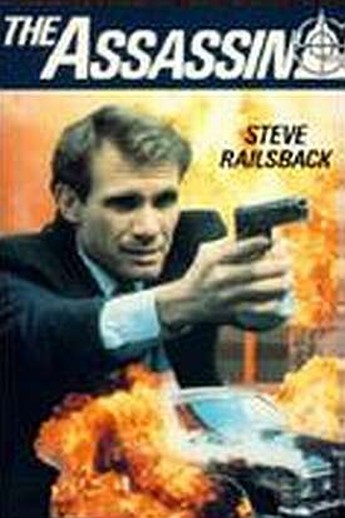 Not to be confused with the remake of Nikita made four years later, this has Railsback as washed-up agent Hank Knight, whose alcoholic tenure at the American Embassy in Mexico City is shaken up by an assassination attempt on a visiting senator (Melville). Mind you, it’s hardly any better than the Badham/Fonda feature, sharing a similar degree of predictability, even though it isn’t a remake. It’s obvious who the bad guy is going to be almost as soon as he appears, and for the next hour or so, the viewer will be waiting for Knight to catch up.

Along the way, however, there are one or two points to watch out for, such as a very young Xander Berkeley, with peroxide hair, playing the assassin. Seven years later, he and Railsback teamed up again, this time with Berkeley the flaky lawman, and Railsback the villain, in Barb Wire. You probably didn’t notice. 🙂 [Okay, if we hadn’t watched it last week, neither would we!] The political subtext is also kinda interesting, in that it hints at forces within the United States using “terrorist” groups overseas to further their own aims. If it had gone further down this route, instead of focusing on Knight’s struggles with his (yawn!) inner demons, the results might have stood the test of time better, rather than being just another forgettable action flick.