It was interesting to see this the same week as Color Out of Space, since this feels like a smaller-scale cousin. They shares a theme of “cosmic horror impacting a family”, right down to the number of kids (3), and this adopts a similar approach as well. Early on, it concentrates of provoking a sense of dread and creeping doom, then goes berserk in the final reel. Even without Nicolas Cage losing his shit, my reaction was almost identical – best summed up as, “Well, that was certainly… something.” 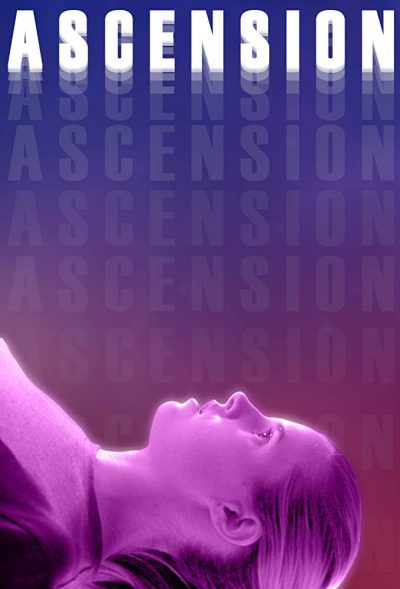 In this case, the family starts one member short, Mom having already died under circumstances which appear unusual – a prologue depicts her taking a power-drill to her own head, but it’s not clear how based in reality this might be. Teenage middle daughter Angela (Mulvoy-Ten) hasn’t coped well with this, causing Dad (Traynor) to switch her and older, gothy sister Becca (Burke) to being home-schooled, along with six-year-old Chloe (Mackenzie). But Becca begins to exhibit increasingly unusual behaviour as well, both physical and mental – apparently with an astral component.

When her actions begin to spill over onto Chloe – who then herself begins to change, in ways not typically associated with six-year-olds – Angela decides something has to be done. However, with her shaky mental health background, convincing anyone about the validity of her concerns is going to be considerably more difficult. That’s true, even as her boyfriend’s research discovers eerily similar incidents taking place around the world, news of which is apparently being suppressed. But is there something genuine going on here, or is all just a symptom of Angela’s psychological issues?

The film doesn’t tease this out in quite the way it could, coming firmly down on one side relatively hard. When it does, subtlety is abandoned in favour of a considerably more gonzo approach, involving scooped-out skulls and literally painting the walls red with blood [I don’t imagine the production received its location security deposit back, shall we say…] While this is not ineffective, the script isn’t able to tie things up with an ending that makes coherent sense, based on what we’ve been through. Oh, stuff happens. Make no mistake. It happens. It’s just not particularly clear what. I could guess… but I shouldn’t have to, and the failure to stick the landing is a somewhat disappointing note on which to send the audience away.

Up until then though, it does a decent job of keeping its paranoid balls in the air, and the three young actresses all impress in their own ways. Burke arguably stands out most, having to handle a trio of different facets as Becca. If there’s a weak link, it’s probably Traynor, whose parent is so ineffective as to be entirely superfluous. I can’t help but wonder what the results might have been, had they managed to get Cage for his role instead.

The film screened as part of the 2019 American Horror Film Festival.