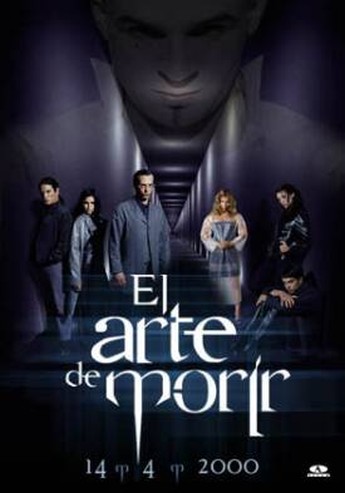 Four years after his sudden disappearance, the I.D. card of young artist Nacho (Salmerón) mysteriously turns up in the possession of a hospitalized junkie. This puts the fear into six of his friends, since they were responsible for Nacho’s death and secret burial. Their attempt to move the body results in a fiery conflagration, and things rapidly get worse from there: the police (led by the excellent Gutierrez-Caba) start closing in; Ivan (Martínez) starts to see Nacho everywhere; and one by one, the culprits start dying in bizarre ways.

There are a number of ways this could go, but odds are you probably won’t spot the direction here. That it doesn’t quite work, is in part because when we finally get to see what happened to Nacho, there’s a palpable sense of “Is that it?”, enhanced by the lengthy wait for it to be revealed. The deaths lack the vicious imagination of Final Destination or the visual flair of Argento’s best work, yet are certainly staged with panache. If the characters are barely developed, and seem as if their main purpose is victims for dispatch, that’s pretty much par for the course in the genre. I’m thus prepared to overlook it, and instead praise this for trying something that requires a bit of thought. While it may not be a complete success, the semi-intelligent slasher movie is a rare beast, and enough works here to deserve credit.