Another in our apparently ongoing series of films set in Arizona, just not filmed there: Texas in this case. Collect the set! Here, rancher Jim Weatherford (Maines) runs a farm in Southern Arizona, by the Mexican border, with the land used as a route by smugglers, both of people and drugs. After finding yet another corpse, he has had enough, and with no help from the authorities, he and his neighbours set out to disrupt the carter’s activities. Things escalate beyond his intentions, and inevitably, the criminals are less than impressed. They send Torres (Armendariz) – fresh off the slaughter of an entire family in Phoenix – to ensure the rancher ceases his interference with their business. Jim sends his wife and son to Tucson – though that may well not be beyond the reach of cartel vengeance. 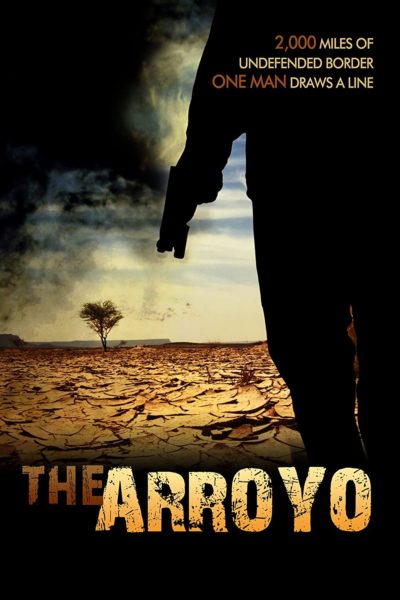 On subsequently learning the director is now COO of The Daily Wire, I knew this would trigger reviewers of a certain political bent. And, boy, the Internet did not disappoint. Of course, while the story stands clearly on the side of the law-abiding, it’s rather more nuanced than the above makes it seem. The script is clear those being trafficked are the victims. [The anecdote told about “trophy trees” sounds like the stuff of urban legend. Sadly, it isn’t]. The villains here are, first, the cartels – but blame is also allocated to American politicians who won’t take action. This combination seems likely to be what set off Chuckie’s zero tolerance for alternative opinions. Regardless, I’m sure he can find many movies out of Hollywood, more in line with his political needs.

It’s somewhat ironic, considering Torres says, “The Americans are even the bad guys in their own movies.” He also feels Americans have become weak, and that the rancher is willing to stand up to him, is a surprise, and even grounds for respect. There’s another exchange later, between Weatherford and his wife, that perhaps sums up the movie’s philosophy better than any other:
“I guess the only sane thing would be to let it go.”
“But not the right thing.”
It would, obviously, be easiest for Weatherford to shrug his shoulder, keep repairing his damaged fences and ignore the problem. Yet, he doesn’t, and regardless of whether you agree with his beliefs, that’s heroic behaviour.

Politics aside, as a film it’s decent enough, if obviously heavily influenced by No Country for Old Men, a movie Boreing subsequently said was among his favourite Westerns. Of course, Armendariz and Maines are not Javier Bardem and Josh Brolin. However, they are well enough cast to be tolerable knockoffs, despite a general lack of cinematic experience all round. There are times when the film does over-reach itself, such as a shootout in the streets of downtown “Tucson” to which exactly one cop shows up. No… Just, no. However, when it restrains itself, and sticks to less ambitious scope, it works rather better and builds to a solid finish. Though as we’ve seen, any objective assessment will likely require the putting aside of your personal politics.