Most of the time, I’ll have a fairly good idea of a movie’s rating inside 30 minutes. While it may tick up or down thereafter, wholesale change is rare, and that’s where this one is memorable. The initial setup is very well done, creepy and unsettling, with a distinct odour of peak Cronenberg to it. We were looking at a solid B, possibly higher if it could stick the landing. Instead, to extend the gymnastics metaphor, it got a bad case of the twisties, hit the ground head-first and ended up sprawling in the judges’ booth. Rarely has there been such a spectacular fall from grace, with a film self-destructing so willfully. Well done. That was genuinely impressive.

It takes place in a brutally concrete Turkish tower block, where the caretaker, Mehmet (Önal) has been ordered to allow the installation of a government mandated satellite dish, designed to receive official bulletins. The engineer in question plummets from the roof minutes later. This is just the first in a series of increasingly bizarre events. In particular, a black goo is oozing from the walls of apartments, and seems to be affecting the behaviour of residents, causing them to behave irrationally. Mehmet is trying to help a young woman, Yasemine (Arici), get out of the complex. However, her disciplinarian father (Yildiz) is having none of it, especially after he accidentally invests some of the goo. So far, so Shivers. 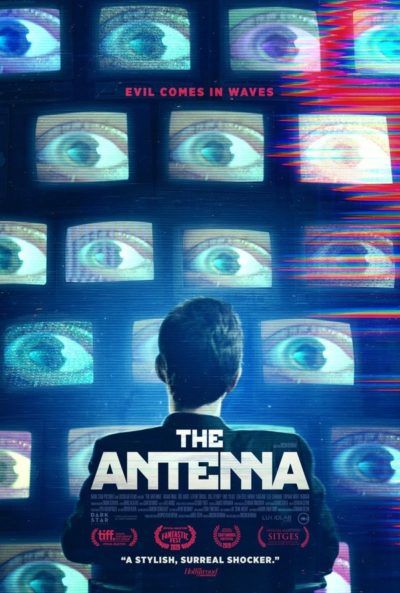 Unfortunately, this is where it all goes horribly wrong. For Behram switches gears and goes for another directorial David: Lynch instead of Cronenberg. The plot basically grinds to a complete halt, in favour of Mehmet wandering through a near-endless series of dark corridors. And wandering. And wandering. It’s clear this is all intended as a thinly-veiled commentary on the authoritarian regime of President Erdogan in Turkey. Yet there’s a sequence where a resident blindly follows the instructions of a TV infomercial, injecting a beauty treatment into her face. It implies private propaganda can be just as influential and destructive as the government kind. The more I hear, for example, about Twitter acting to influence users’ views, rather than reflecting them, the more amenable I am to this train of thought.

However, any moral point – indeed, any point at all – dwindles to a singularity over the second hour. Did I mention the wandering? It feels like Behram took all the elements I hated about Eraserhead, and turned them into a tribute video. The film is in desperate need of an antagonist to show up in the second half, to act as a cinematic fulcrum. Instead, the closest we get is some guy burbling on the television, and this is one of those endings, offering no resolution, and where it’s almost entirely left up to the viewer to fill in the blanks. It’s as unsatisfactory as a novel which has had the final chapter torn out and replaced with “What do you think happens?” Turkey is certainly the word for this.