Roland Baumgarner (Oliver) is a one-hit wonder writer, whose meaningful career consists entirely of a book written about the brutal unsolved murders which took place at the isolated Merrymaker Campgrounds. Now a college lecturer, he receives an anonymous letter telling him the campgrounds will be re-opened, fifteen years later, by the next generation of owners, Poppy and Anita Bishop (Daniels and Oleynik). Much against the advice of his pregnant wife, Roland decides to head back, though even before he gets there, the attacks appear to have begun again. But are they being committed by someone… or something? 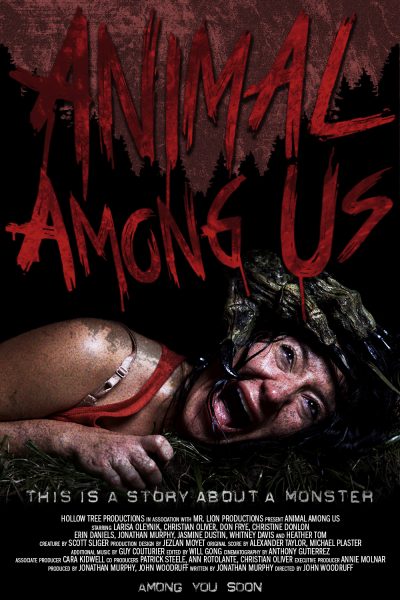 What I really liked about this one is the shift in perspective that occurs to the viewer over the course of the film. It’s hard to discuss specifics without spoilers. But you start off thinking one character is going to be the hero, only for it to change at least twice over the course of the 90 minutes which follow, as you learn more about their flaws and agendas. I’m still not sure who I’d say qualified as the protagonist. Quite possibly, there isn’t one. Certainly, the title could refer to almost anyone in the cast, to varying degrees. Though does Roland cheating on his wife with a hawt student really make him such a bad pers… Oh, hello, my darling wife. Why, yes: I believe it does. Total bastard.  Now, where was I?

The movie also has a foot in some many sub-genres of horror, it needs be a cephalopod. It’s kind of a slasher. It’s kind of a monster movie. It’s kind of a psychological thriller. It’s kind of a Lifetime TVM about the mortal perils of unfaithfulness. [Please do not ask how I am aware of that last sub-genre] Yet, it all meshes rather better than you’d expect. It helps that the performances sell the changes in point of view. When they’re perceived as good, they’re plausibly good, yet when the landscape shifts, then they are just as credibly malevolent. However, the highlight is probably former MMA fighter Frye, who knocks it out of the park as the appropriately-named Burl Wolf. I’m not sure how much “acting” was involved, and how much this was just Frye being Frye, but he’s a joy to watch.

As is inevitable, a movie trying to cover so much territory is going to come up thin in some spots. If you’re purely looking for the Bigfoot movie this appears to be providing, especially in the first half, you’ll walk away disappointed. And perhaps because we see both sides of the characters, it didn’t feel like there was a real “monster”. Yet that is perhaps just further evidence of how the film manages to subvert genre expectations, while also shamelessly seeking to deliver a throwback to the eighties. That’s not an easy task to pull off, and if Woodruff doesn’t manage it perfectly, the hits are more frequent than the misses.