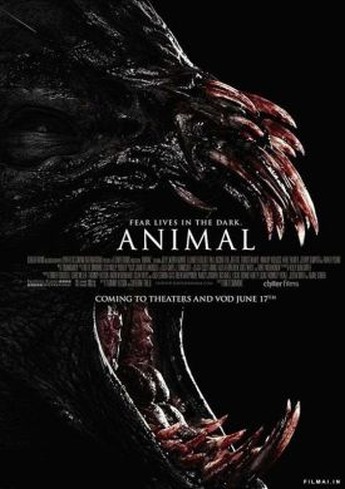 Executive produced, bizarrely, by Drew Barrymore, this sees a group of five friends heading off for a day’s hiking in the forest. Undeterred when their chosen trail is closed for “rejuvenation,” they press on, despite Matt (Sumpter) finding the ominous artefact of a discarded backpack. Any doubts as to whether pressing on is a Bad Idea are dispelled when Mandy (Gillies) then stumbles across human parts, that have been gnawed on by something. This is enough to convince even them to bail, but on the way back to the car, they find the creature responsible. Worse yet, it finds them, and after losing one member of their party, they are forced to hole up in an apparently-abandoned farmhouse. I say “apparently,” since it’s also home to another group of survivors, three people led by the cynical Douglas (Nolasco), who rejects the idea that help is on the way, and instead offers helpful suggestions such as tossing someone to the creature to distract it, while they run the other way.

I’m with Douglas: the more of the vapid characters that become puppy-chow for the lurker in the woods, the better off this film would be. Certainly, the monster turns out to be far more interesting (and, likely, better company too) than most of the human characters: early on, it’s kept mostly seen only in glimpses, which frequently tends to be the hallmark of movies where the monster isn’t up to much. Here, however, it’s actually an impressive enough creation, all teeth and spines, like an angler fish on legs, and really deserves to be in a much better movie than this. Instead, we’re treated to a parade of stupid decision and sub-soap opera bullshit, e.g. “I’m pregnant!”, “I’m gay!”, “I had your boyfriend!” [two of which may be connected: I’ll leave deciding which pair, as an exercise]. It all grows tedious quickly, to the point that you find yourself rooting for the monster in this hodge-podge of ideas, many of which appear to have been borrowed from better movies.