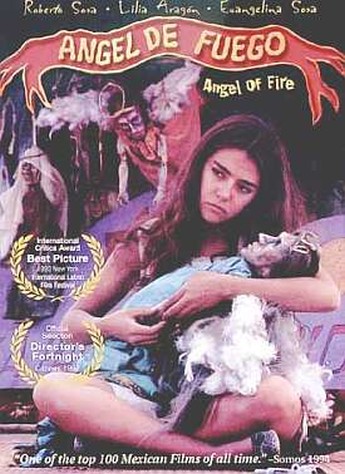 If you ever longed for a circus life, this should end the dream. For the Mexican show depicted here is the most pathetic, miserable imaginable, with female performers expected to pull double-duty as whores. It’s the kind of place you run away from, not to, and that’s just what fire-breathing trapeze artist Alma (Evangeline Sosa) does. Pregnant, courtesy of her late father, she takes her act to the streets of Mexico City, then joins a travelling religious puppet show run by a mother and son. But when the boy starts to have unchaste thoughts, the mother decides Alma needs a little penance for her sins (even if they largely consist of “being a girl”). Maybe circus life wasn’t so bad after all.

No prizes for guessing this isn’t a bundle of laughs and, remarkably, managed to push Mexico City further down our list of holiday destinations than Streeters sent it. Hardly the greatest show on Earth, yet there is a certain grim fascination, amid a certainty that it’s all going to end very badly indeed. There are tough jabs at religious intolerance, and a slightly surreal air to proceedings helps maintain emotional distance – while not normally a good thing in a movie, on balance it’s probably welcome here. Solid and well-made depression.