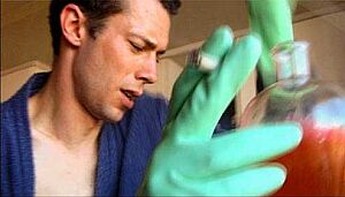 While Prague has become an increasingly popular destination for Hollywood film-makers of late (most recently in Blade II), few Czech movies have escaped. This is one such, but while possessing its fair share of interesting ideas, it dies on the altar of so many chemical-reliant films: watching other people do drugs is dull. The “hero” is Mikeš (Cechtický), trying to kick his habits and have a normal life with his next-door neighbour (Stivínová). But his friends convince him to cook up one last batch, which is where his life (and the film) falls apart. He ends up making the ultimate high, but it’s a fluke: as a result, he ends up in South Africa, being made an offer he can’t refuse by local mobsters. 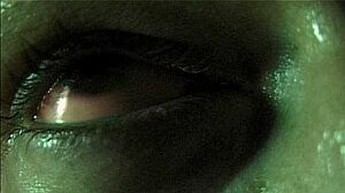 When it isn’t tripping out on hallucinogenic imagery, the film does provide an eye-opening picture of a rarely-seen side of Prague: scummy suburbs, of peddled religious icons and groceries brought on credit, where meaningless sex and drugs are about the only escape. It doesn’t pull its punches, but the characters, while generally interesting, are largely two-dimensional, without hidden depths; what you see with them tends to be pretty much what you get, and there’s not much development. There’s an interesting subplot involving theft from churches, which might have merited a movie in itself – given that it would have saved us countless chunks of indigestible psychedelia, I can’t help feeling it might have been a better prospect.