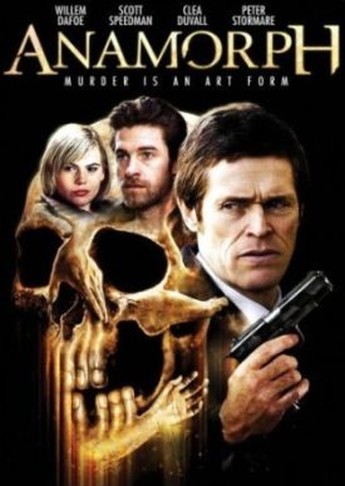 Even though this dates from 2007, this is now hurt because the central concept of the killer – arranging pieces dead bodies into artistic tableaux – was at the core of last season’s Dexter; there’s also a bit of the Bay Harbor Butcher from the show’s first series. Obviously, coming first, this can’t be accused of plagiarism: probably a bigger issue is that Dexter simply did it much better. It took the idea and ran in interesting directions, whereas here, it’s a mix of clichés and the clunkily-handled. For instance, Dafoe’s detective, Stan Aubray, has OCD, a bit of an alcoholism issue, and is burned-out after a gruelling case involving a supposedly-dead serial killer, who did more or less the same thing as the current murders: not seen any of those elements before… The latter is exemplified by the importance to the case of Renaissance painting techniques, which are never adequately incorporated, seeming more like Discovery Channel lectures at best.

Dafoe has the right world-weary air for the character, and Stormare, playing a shady antiques dealer who may know more than he is letting on, is suitably creepy. But Speedman is simply irritating, and there are a couple of spectacularly pointless celebrity cameos: Debbie Harry gets, literally, 10 seconds of screen time as a neighbour of the detective, and WWE legend Mick Foley plays an antiques dealer. The point of both these, entirely escapes me, as they add nothing and are just a distraction. Unlike Dexter, the killer is not given any credible motivation, and this makes the aimed-for relationship between he and Aubray, less than convincing. You’ve seen this kind of thing done before: if not Dexter, than certainly in Se7en, and these alternatives make for a much more fully-formed and better-rounded viewing experience. The underlying ideas are okay, but receive nowhere near enough development to succeed, and the overall execution does nothing to rescue the end result either, which is rarely more than flat and uninteresting