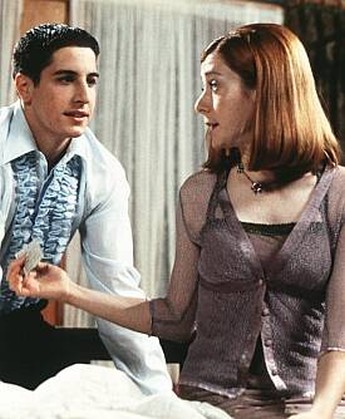 Confused? I think script-writer Adam Herz was, torn between Porky’s-style antics and something touchy-feely in quite the opposite sense. Oddly, half the cast, as well as being obviously too old for high school, look like younger versions of stars: one resembles Keanu Reeves, another Adam Sandler, while Mena Suvari impersonates an alien from Communion. Alyson Hannigan adds at least two more lines to the “things we don’t expect Buffy characters to say” file, and though subtlety is a commodity of petrol-like rarity – that’s this review firmly pin-pointed in history – it has enough humour and invention for an undemanding ninety minutes.