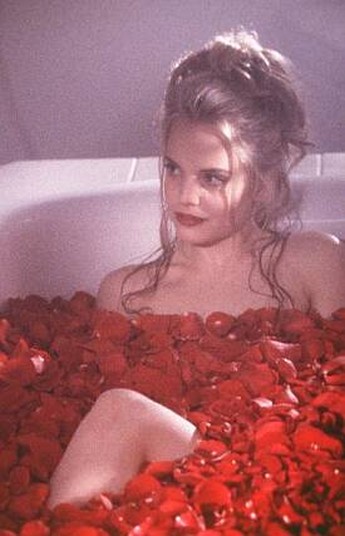 Okay, so Fight Club got stiffed at the Oscars, but this is not a bad replacement, being almost as cynical and malevolent in its “We’re mad as hell, and we’re not going to take it any more” stance. Spacey plays a man who realises his life is a dead-end, and opts to burn out rather than rust, as his wife (Bening) and daughter look on disapprovingly, before going supernova in their own way.

Spacey is great: perhaps too much so, as only Bening is in the same ball-park, and the characters outside of the family never come to life beyond the cliche, particularly the homophobic Marine sergeant. It’s also hard to see why he fancies a girl who looks more like a peroxide lemur than Lolita. Still, I found myself nodding in agreement rather too often for comfort, and sharp jabs at work dronedom and home life hit their mark with relentless vigour. Compared to other recent Best Film winners, this is a delightful surprise; maybe there’s hope for Hollywood yet.